Brandeis University to Use $20 Million MassDevelopment Bond for Campus Improvements 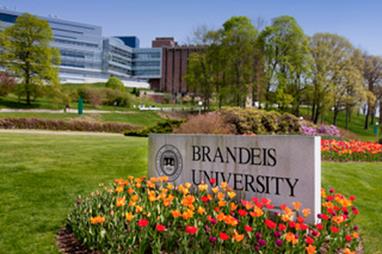 MassDevelopment previously partnered with the University in 2011 when the Agency provided a $10 million tax-exempt lease that Brandeis used to buy equipment and renovate its pool and information technology networks. In 2013, MassDevelopment provided $36.5 million in tax-exempt bond financing for Brandeis, which the University used to refinance past debt, build a 7,000-square-foot children’s center, and for other capital purposes.

“This bond will enable Brandeis University to make necessary improvements to its campus and provide a welcoming, engaging environment for its students,” said MassDevelopment Executive Vice President of Finance Programs Laura Canter. “MassDevelopment is pleased to offer low-cost financing to make the Brandeis education experience an even more engaging one.”

Brandeis University is a highly competitive private research university with a focus on undergraduate education. Founded in 1948 by the American Jewish community and named for Supreme Court Justice Louis D. Brandeis, the university embraces the values of academic excellence, critical thinking, openness to all and a commitment to making the world a better place. Located just west of Boston in Waltham, Massachusetts, Brandeis is a member of the Association of American Universities, which represents the 62 leading research universities in the United States and Canada. Brandeis’ distinguished faculty are dedicated to the education and support of 3,600 undergraduates and more than 2,000 graduate students.