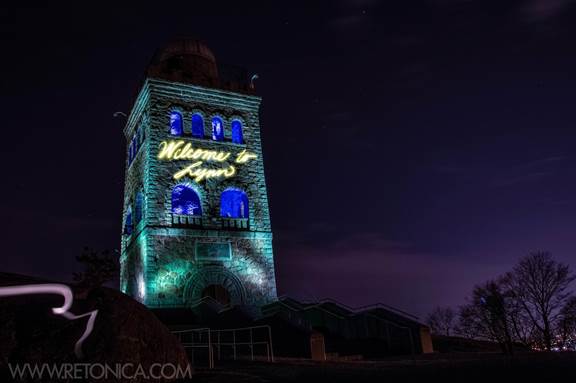 MassDevelopment and Centerboard, a nonprofit focused on increasing economic opportunity in Lynn, today announced a new campaign for the Lighting Up High Rock Tower project in Lynn through the civic crowdfunding platform Patronicity and the Commonwealth Places initiative. The project aims to illuminate High Rock Tower, a historic, 85-foot structure in the city-owned, 4.5-acre High Rock Tower Reservation. The new lighting will include 48 LED color-changing spotlights, a programmable laser that will allow graphics and messages to be projected on the tower, and lights on the top of the tower that will allow the park to be used at night.

“Lynn has benefited from recent placemaking investment in its downtown, and this project will leverage that momentum by adding another colorful attraction to the city’s assets,” said MassDevelopment President and CEO Lauren Liss. “MassDevelopment is pleased to support this campaign to light High Rock Tower, and we look forward to seeing this underused attraction evolve into a destination for Lynn’s residents and visitors.”

If the campaign reaches its crowdfunding goal of $20,000 by December 31, 2017, at midnight, the project will win a matching grant with funds from MassDevelopment’s Commonwealth Places program. Learn more and donate at Patronicity.com/highrock.

“With the illumination of High Rock Tower, the Lynn community can continue to thrive. The revitalization of this great city will have its own beacon to represent hope, change, and continued safety and growth for our beloved community,” said Mark DeJoie, CEO of Centerboard.