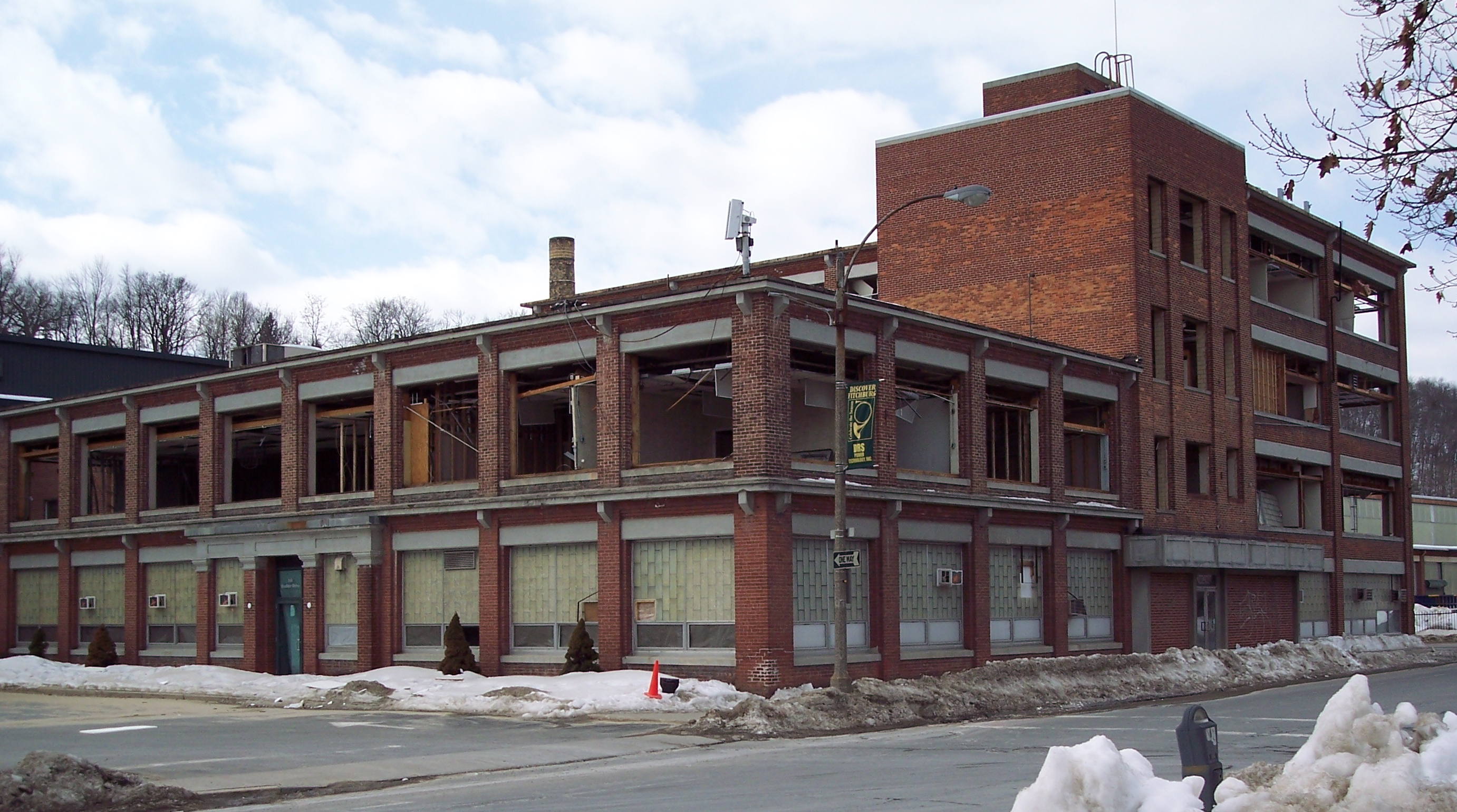 As part of the City of Fitchburg’s downtown renewal plan, the Fitchburg Redevelopment Authority (FRA) is moving forward with demolition of two buildings on Boulder Drive at Putnam Place, the cornerstone property of the plan. MassDevelopment provided $500,000 in 2013 from the Brownfields Redevelopment Fund to assess contamination and remediate the site, which includes the demolition. The site will serve as parking to support growth at the Putnam Place Business Complex.

The FRA purchased the property in 1999 after General Electric (GE) closed its doors in 1998, taking about 600 jobs. The company’s departure was the impetus of the FRA’s Downtown Urban Revitalization Development Plan, adopted in 2000. Over the past 14 years, the FRA has renovated the plant and retained roughly 350 jobs. The building's current tenants include the City of Fitchburg’s municipal offices, DRS-Power Technology, Northern Worcester County Registry of Deeds, and NEON, Inc. The FRA also participates in the Payment in Lieu of Taxes (PILOT) Program and has created about $1.5 million in revenue for the City of Fitchburg since purchasing the Complex from GE. The Authority is one of the few quasi-public agencies in the state that participates in this program.

“The Fitchburg Redevelopment Authority’s investment in Putnam Place shows the transformative power of the Brownfields Redevelopment Fund,” said MassDevelopment President and CEO Marty Jones. “These funds are necessary to lay the groundwork for redeveloping challenging sites in our Gateway Cities, and the FRA has taken that foundation and created a building block for renewal in downtown Fitchburg.”

Established by the Massachusetts Legislature in 1998 to encourage development in economically-distressed areas by providing loans and grants for environmental site assessments and cleanup, the Brownfields Redevelopment Fund has made 630 individual awards totaling nearly $79 million. Over the last six full fiscal years, the Fund has supported the creation of more than 2,600 jobs; more than 2,600 units of affordable housing; and more than 1,300 units of market-rate housing.