SPRINGFIELD – The $11 million reconstruction of the former federal building at 1550 Main St. will be completed by the end of 2010, according to MassDevelopment. Fontaine Bros., on Cottage Street in Springfield, is doing the work. 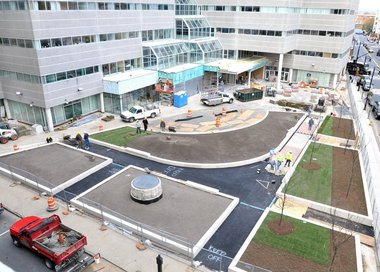 That $11 million includes money put up by MassDevelopment, the state's economic development and finance arm, the state itself, the city and the other tenants in the building.

The building will house the Springfield School Department, Baystate Health, the federal government and other tenants. The school department has already moved and federal offices, including armed forces recruiting, remained open during construction.

The building formerly housed the federal courthouse, which moved into a new building on State Street in 2008.