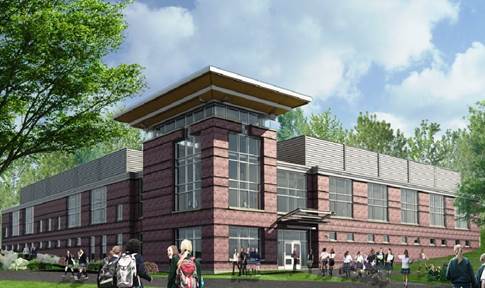 MassDevelopment has issued a $16 million tax-exempt bond on behalf of Ursuline Academy, an independent, Catholic, girls’ preparatory school in Dedham. The school is using bond proceeds to develop, furnish, and build a 40,000-square-foot Athletic and Convocation Center (ACC) that will house new classrooms, an innovation lab, a regulation-size gymnasium, a fitness room and a gathering space. Proceeds will also finance demolition of existing facilities to allow for construction of the new ACC, as well as a new 3,700-square-foot facilities maintenance building, and will refinance a prior MassDevelopment bond. Farmington Bank purchased the bond.

“The Athletic and Convocation Center will not only give Ursuline a new home for STEM learning and recreational pursuits, it will also provide a warm and welcoming gathering place for the Academy’s diverse community,” said MassDevelopment President and CEO Marty Jones. “MassDevelopment is delighted to lend in a hand in making this project happen.”

Founded in 1946, Ursuline Academy serves young women in grades 7-12. At the invitation of the Archbishop of Boston, members of the Ursuline Order opened the school on Arlington Street in Boston with an enrollment of 45 students. It moved to its present location in 1957. In the fall of 2015, Ursuline Academy enrolled 431 students on its 28-acre campus in Dedham.

“Ursuline Academy is happy to partner with MassDevelopment to bring our new Athletic and Convocation Center to life in a way that allows us to keep tuition reasonable for current and future families,” said Julaine McInnis, Ursuline Academy Business Manager.