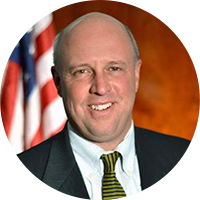 Secretary of Housing and Economic Development

As Secretary of Housing and Economic Development, Mike Kennealy is responsible for advancing the Baker-Polito Administration’s agenda to create economic opportunity for residents, collaborative leadership in communities, an environment that supports job creation and business growth, and new housing for residents through targeted investments.

In early 2015, Kennealy joined the Administration as Assistant Secretary for Business Growth. As Assistant Secretary, Kennealy played an integral role in advancing the administration’s strategy for job creation and business development across the entire Commonwealth and provided leadership in key sectors, including serving as co-chair of the board of the Massachusetts Life Sciences Center.

Kennealy combines a successful track record in the private sector with a strong commitment to the public good. He began his career in private equity at TA Associates, a Boston-based firm. In 1997, he joined Spectrum Equity, a private equity firm founded in 1994 with offices in Boston and San Francisco. During his more than 15 years at Spectrum, he helped grow the firm to become an established market leader with nearly $5 billion in assets under management and investments in over 100 high-growth internet, software and information services companies. After his career in private equity, Kennealy spent two years as Special Advisor to the Receiver at Lawrence Public Schools, where he worked with the state-appointed superintendent/receiver on strategic and financial initiatives to support the school district’s turnaround plan.

Kennealy and his family live in Lexington, Massachusetts, where they have been highly involved in town government, education and youth sports.  He previously served as Chairman of the Board of Trustees at St. John’s Prep in Danvers and currently serves on the Board of Visitors for The Nelson A. Rockefeller Center for Public Policy and the Social Sciences at Dartmouth College.

Kennealy received a A.B. in Government from Dartmouth College and an M.B.A. from Harvard Business School.

Brian Kavoogian is a Managing Partner of National Development, one of metropolitan Boston’s largest real estate development, investment and management companies. Mr. Kavoogian is a past chairman of both of the region’s real estate trade organizations, the Greater Boston Real Estate Board and NAIOP Massachusetts, where he remains on the Board of Directors. He is a trustee emeritus of Tufts University and a member of the Board of Advocates of the Tisch College at Tufts University.  Mr. Kavoogian also serves as an overseer of Newton-Wellesley Hospital, a member of the Partners Healthcare System, Inc. Corporation and a past chairman of Heading Home. Mr. Kavoogian received a BA from Tufts University in 1984 and joined the MassDevelopment Board of Directors in November 2015.

Mark serves on the Board of Directors of MassHousing, MassDevelopment, and the Massachusetts Housing Partnership, the state’s housing and economic development finance agencies. He holds a dual Masters in Urban and Environmental Planning and International Business from the Fletcher School of Law & Diplomacy at Tufts University.

James E. Chisholm is Division President of Waypoint, a national sales and marketing agency for the food service industry and related supplies. In that role, Mr. Chisholm leads the organization’s non-food effort with client expansion, customer relationships and acquisitions. Jim is known nationally for his pioneering work in the consolidation and redefining of the foodservice industry. Prior to Waypoint, he founded Benchmark Sales, one of the largest food service brokerage companies in the country, and served as the company’s president. Mr. Chisholm has also held executive positions at Inter-Mark Sales, Morris Alper, and Scott Worldwide Foodservice/Hoffmaster.

In addition to his work at Waypoint, Mr. Chisholm has served as Chairman of the Foodservice Sales and Marketing Association, past president of the Lynnfield Athletic Association, and currently co-chairs Providence College’s Black and White premiere fundraising event. A graduate of Boston College, he also is a member of the Boston College hockey mentoring program. Mr. Chisholm joined the MassDevelopment Board of Directors in November 2015.

Joan C. Corey is a business agent for the Teamsters Local Union No.25 in Boston, a position she has held since 2014. In this role, she manages daily business matters and act as liaison between union members and employers. Before becoming a business agent, she served for two years as a trustee on the Teamsters’ executive board. Ms. Corey previously served as an appraiser and assistant assessor for the City of Woburn and the Town of Westford.

A licensed accredited assessor, real estate appraiser, and real estate salesperson, Ms. Corey also has a bachelor’s degree from Emmanuel College. She joined the MassDevelopment Board of Directors in March 2020.

Francesca Maltese is a commercial developer with special expertise in brownfields and sites of significant environmental concern and impact. She is retired from The O’Connell Companies, Inc./O’Connell Development Group where she served as the Director of Governmental and Community Affairs.

Ms. Maltese is an active member of the Board of Trustees of Worcester Polytechnic Institute, where she has served since 2008 and chaired the Facilities and Infrastructure Committee since 2012. She has also served on the Board of MassEcon, the board of the Massachusetts Association of Conservation Commissions, the Pioneer Valley United Way, and as a Corporator of Peoples Bank. She has been an elected official in her home community of Amherst, serving as chair of the Board of Selectmen and the Regional School Committee, as well as Town Moderator.

Ms. Maltese holds a bachelor’s degree in economics and a master’s degree in Regional Planning, both from the University of Massachusetts at Amherst.

Mr. Morales has served on various boards, including Nuveen Investments, Boston Medical Center, Big Sisters Association, The Partnership Inc., and Wheelock College. He is the co-founder of The Latino Legacy Fund at the Boston Foundation and the Boston Chapter of the Association of Latino Professionals for America (ALPFA). A native of Puerto Rico, Mr. Morales graduated from the Isenberg School of Management at the University of Massachusetts at Amherst. He joined the MassDevelopment Board of Directors in December 2016.

Kristina Spillane is a Managing Director of Strategic Accounts at Fidelity National Information Services, Inc (FIS), a global information technology and services firm. In this role, Ms. Spillane is an executive responsible for managing key strategic accounts that represent over $100B AUM. Her division is responsible for business strategy, executive relationships, sales execution and general relationship management across all of FIS’ operations. Prior to joining FIS, Ms. Spillane was a Global Enterprise Relationship Manager and Global Relationship Executive for DST Systems, a provider of advisory, technology and operations outsourcing to the financial and healthcare industries, with more than 13,000 employees worldwide.

With more than 25 years in the financial services and technology industries, Ms. Spillane has extensive experience consulting with companies to analyze business needs and develop strategic solutions. Her skills include executing large-scale project management through effective communication, creative problem-solving skills, and attention to detail.

Ms. Spillane is a Corporator of the Worcester Art Museum and was a longstanding past member of the board of trustees of Quinsigamond Community College. Ms. Spillane earned a bachelor’s degree in finance from Boston College, a master’s degree in finance from the University of Connecticut, and a certificate in Global Women’s Leadership from Washington University in St. Louis.

Christopher P. Vincze has served as Chairman and Chief Executive Officer of TRC Companies, Inc. since 2006. Prior to that, Mr. Vincze was the company’s Chief Operating Officer.  He is responsible for oversight of the strategic direction of the Company and leads the firm’s Executive Management Team to execute the Company’s vision to deliver value to its customers, shareholders, and employees.  Over the past 11 years, Mr. Vincze and the firm’s Executive Management Team have restructured and repositioned TRC as a leading provider of engineering, consulting, and construction management services to the Energy, Environmental, and Infrastructure markets.

Prior to joining TRC, Mr. Vincze served as Managing Director at Marsh, Inc., the $5.5 billion risk and insurance services units of Marsh & McLennan Companies.  While at Marsh, he led the firm’s Corporate Environmental Practice and worked closely with other Marsh business units including Construction, Transportation, and Real Estate practices as well as MMC Capital, Kroll Inc., and Mercer.  Before joining Marsh, Mr. Vincze was President and COO at ATC Group Services, Inc., a $155 million, 1,700 employee engineering and environmental consulting company based in Woburn.

Outside of TRC, Mr. Vincze serves on the Board of Trustees of Hallmark Health Systems and the New England Council.  He is also a member and serves on the National Committee for the American Enterprise Institute.

A graduate of Connecticut College, Mr. Vincze received his Master’s in Public Health from the Boston University School of Medicine.

Ellen Zane is the CEO emeritus of Tufts Medical Center, where she also serves as vice chair of the organization’s board of trustees. Ms. Zane, who retired as president and CEO of Tufts Medical Center and the Floating Hospital for Children in late 2011, was the first woman to run the hospital in its 222-year history. She holds two faculty appointments at Tufts University School of Medicine: Assistant Professor in the Department of Medicine, Division of Clinical Care Research and Assistant Professor of Public Health & Community Medicine. Ms. Zane also holds a faculty appointment as Adjunct Assistant Professor of Health Policy and Management at the Harvard T.H. Chan School of Public Health. Prior to her positions at Tufts, Ms. Zane held leadership roles at Partners HealthCare System and Quincy Hospital.

Ms. Zane is chair of the board of Wellforce and vice chair of the George Washington University Board of Trustees. She serves on the board of directors at Boston Scientific Corporation, Brooks Automation, Haemonetics Corporation, AgNovos Healthcare, nThrive, Fiduciary Trust Company, and the National Association of Corporate Directors New England Chapter. 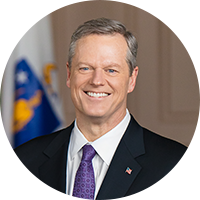 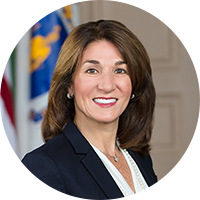