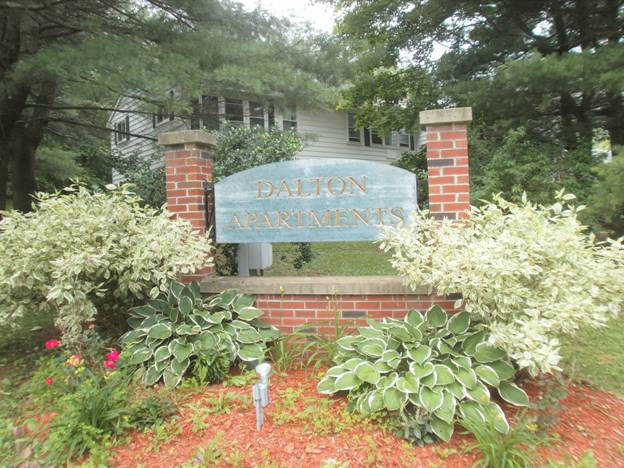 MassDevelopment has issued a $7.9 million tax-exempt bond and a $1.1 million taxable bond on behalf of Pittsfield April Lane, LLC, which will use bond proceeds to fund the acquisition and renovation of Dalton Apartments at 51 April Lane in Pittsfield. Originally constructed in 1970, Dalton Apartments consists of 11 buildings containing 28 one-bedroom units, 44 two-bedroom units, and 28 three-bedroom units. The organization will renovate and preserve all 100 units as affordable to households earning no more than 60 percent of area median income. The developers plan to replace roofs, windows, furnaces, hot water tanks, kitchens, appliances, floors, and lights while creating five handicapped-accessible units. In addition to the tax-exempt bond, MassDevelopment assisted DHCD with the approval of federal low-income housing tax credits, which provided approximately $3.2 million in equity. Bank of America purchased the bond.

“The purchase and renovation of the Dalton Apartments will keep 100 units of needed affordable housing in Pittsfield,” said Marty Jones, MassDevelopment President and CEO. “Preserving affordable housing stock is crucial to individuals and families in Gateway Cities and is a cornerstone for economic development in our urban centers. We’re pleased to support Pittsfield April Lane, LLC in this effort in the Berkshires.”

“With ample two- and three-bedroom townhouse units and a bucolic setting in a stable neighborhood, Dalton Apartments is a fundamentally sound piece of real estate that had been starved of capital and fallen into severe disrepair,” added Jon Rudzinski, founder of Rees-Larkin Development.  “The substantial rehabilitation will revive the 45-year old property.  It is fair to say that it would be difficult, if not impossible, to construct 100 units of affordable family housing with the characteristics of a revived Dalton Apartments today.”

“Dalton Apartments is a very important affordable housing resource for central Berkshire County that was on the verge of being lost due to years of disinvestment and the expiration of use restrictions,” said Elton O. Ogden, President of Berkshire Housing Development Corporation. “Thanks to MassDevelopment and our other funding partners we are able to purchase the property and perform major renovations thereby ensuring that 100 units of affordable family housing will be available to the community for many years to come.”

Earlier this year, MassDevelopment issued a $10 million tax-exempt bond on behalf of Miss Hall’s School, an independent secondary school in Pittsfield for girls in grades nine through 12. The School will use the proceeds to build state-of-the-art academic and residential buildings.

The City of Pittsfield is also receiving assistance from the Transformative Development Initiative for the Tyler Street neighborhood, which MassDevelopment chose as a TDI District in 2014.