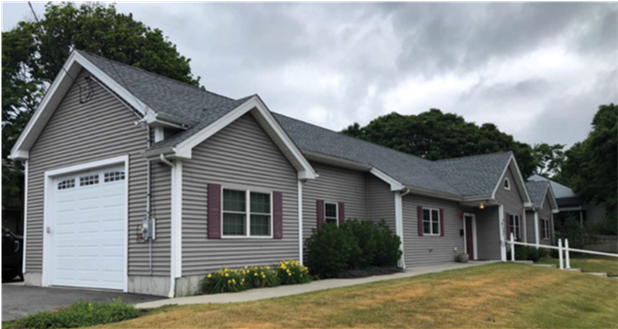 All 28 community residences will be leased to providers of care for people with I/DD or ABI. Each facility is managed and operated by the organization leasing the residence, and will house three to five Massachusetts residents. CILRM expects to create an additional 315 new jobs and support 84 construction jobs over the next three years.

“Individuals with developmental disabilities who reside in group residences deserve affordable and accessible living space and care,” said Housing and Economic Development Secretary Mike Kennealy, who serves as chair of MassDevelopment’s Board of Directors. “Through tax-exempt financing from MassDevelopment, the Commonwealth is pleased to assist developers like CIL Realty of Massachusetts as they fund improvements and enhancements to these critical facilities.”

“Through its work building and renovating community residences, CIL Realty of Massachusetts sets the stage for the Commonwealth and human-service providers to administer community-centered housing and support for individuals with developmental disabilities,” said MassDevelopment President and CEO Dan Rivera. “We’re proud to be a longstanding partner to this organization and provide low-cost financing for its latest project that will deliver quality housing and care for up to 140 people across Massachusetts.”

CILRM develops Massachusetts properties that are then leased to the Commonwealth and to private nonprofit agencies that provide housing and other services to people with disabilities. The organization was formed in 1991 as a Chapter 180 non-stock, nonprofit corporation. It is a 501(c)(3) wholly owned subsidiary of CIL Realty Incorporated, which is in turn a subsidiary of the Corporation for Independent Living (CIL). CIL is based in Hartford, Connecticut and was founded in 1979 by a coalition of private, nonprofit, service providers to foster the development of small, non-institutional, community-based independent living opportunities for persons with disabilities or in need of a structured living environment. In addition to its 230 residences in Massachusetts, CIL has developed more than 500 community-based residences in Connecticut.

“We are pleased to be able to partner once again with MassDevelopment to bring people with disabilities community-based, accessible housing that provides more independence,” said Chris Canna, Vice President of Real Estate Development at CILRM.

MassDevelopment, the state’s development finance agency and land bank, works with businesses, nonprofits, banks, and communities to stimulate economic growth across the Commonwealth. During FY2020, MassDevelopment financed or managed 341 projects generating investment of more than $2.69 billion in the Massachusetts economy. These projects are estimated to create or support 10,871 jobs and build or preserve 1,787 housing units.