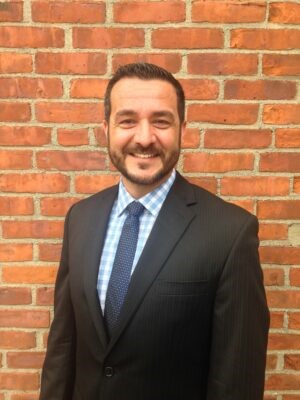 Fitchburg is focusing on existing downtown assets such as its MBTA commuter rail station, Fitchburg State University and the Fitchburg Art Museum as building blocks as it promotes its arts and culture scene as a regional destination.

Q: How is the Fitchburg leveraging the state university, museum and MBTA station properties to revitalize the TDI district?
A: They are each spurring private development. Having these assets in our downtown is really positive, and we’re able to communicate that to interested developers to leverage them. The university itself is taking on the theater block renovation, which is a $30 million project to leverage the historic Fitchburg Theater. And the art museum is partnering to renovate the B.F. Brown School into 64 units of artist housing. It’s rare for an art museum to act as developer, and that’s a testimony to our goals for the TDI: to set up Fitchburg as a destination for arts and culture.

For the theater renovations, the university looking to receive historic tax credits, and they are in the planning and fundraising phase. It’s going to be about a 1,200-seat theater. Studies have shown that size fits well with not wanting to compete with theaters in Worcester and Boston, so smaller shows would be a good fit. Fitchburg used to have seven operating theaters in the downtown and the outskirts, so it’s a big place for arts and culture and theater.

Q: During your community outreach, what did residents say were their goals for downtown Fitchburg?
A: The community in general has been supportive of the projects we are taking on. There’s a lot of champions you’ll meet who love Fitchburg and want to see its revival, and are trying to figure out their larger role. One of the things that I’m most proud of is a placemaking process that really developed from the community perspective, called Activate Mill Street. We took an old alleyway that was neglected and converted it into a place and a stage for people to perform, and host yoga and dance classes. We raised $40,000 and applied to MassDevelopment’s Commonwealth Places program, and raised an additional $40,000 [through a matching grant]. To see the small donations coming in – $20 from “Sue in Fitchburg” – was really nice. We had a music festival with two days of concerts and 20 bands, which brought 400 people to downtown. Between August and mid-October we had 35 events.

Q: What are the goals for housing development in the TDI zone?
A: Increasing the amount of housing is a key strategy for us because we recognize the importance of creating foot traffic at different times of the day. It’s important to having a vibrant downtown. The TDI partnership and the city are really looking to push developers and property owners to develop upper levels of buildings into residential. We’re educating ourselves and them on state programs that help them close the financing gaps to make those projects happen.

Q: How does the TDI lease support program work?
A: Fitcburg has a high level of [retail] vacancy in the downtown, so we’re providing different programs to support the business owners. The business has to be located in the TDI district and we’re looking for commitments from the business or property owner. We’ve had two people looking into leasing and we can’t say who they are yet, but we’re expecting one to open by May and the other in early fall. The maximum subsidy is up to six months of free rent. It’s a nice feature, because it’s a flexible program and each Gateway City needs different things.

Q: Has downtown Fitchburg’s designation as a federal Opportunity Zone stimulated private investment?
A: We just did a prospectus with consultants Smart Growth America, who came out and coordinated this with the planning department. We did a walking tour and highlighted properties that we think would be a good fit. The big takeaway was it’s not going to be a saving grace by itself, so we need to work on stacking different programs on top of the Opportunity Zone, such as historic tax credits and the Chapter 40R district west of the train station. Fitchburg has a lot of smaller properties in the downtown that are individually owned. Currently, we are permitting three projects doing housing and a mix of retail, and have a lot of interest. People are asking what programs they might qualify for, and my role is to help them navigate the system.

Q: How can you sustain the progress following the end of the TDI fellowship?
A: My message to people is: the time is now to look at Fitchburg. There’s a huge amount of money coming into the city through the TDI and the $3 million MassWorks grant that the city received to return Main Street to a two-way street. We just had another business receive a grant for a shared workspace. We’re starting to gain a lot of momentum, and if people have an inkling, they should get in while they still can.