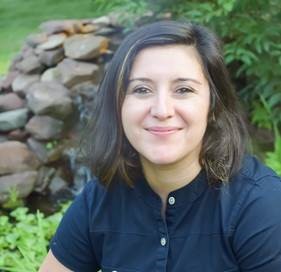 “I have seen firsthand the impact that the innovative, effective TDI program has had on the Commonwealth’s Gateway Cities, and the Baker-Polito Administration was pleased to expand it this year into new cities including Chicopee,” said Housing and Economic Development Secretary Mike Kennealy. “The TDI fellows are a crucial embedded component of this block-by-block collaborative work to accelerate growth, create opportunities and build momentum.”

In July 2019, the Baker-Polito Administration announced the expansion of the Transformative Development Initiative, which included the selection of new districts in Chicopee and Fall River and the creation of a pilot regional fellow that will work across three Gateway Cities in southeastern Massachusetts, Attleboro, Barnstable, and Brockton. MassDevelopment has also hired Jim McKeag, former New Bedford TDI fellow, to serve as TDI fellow in Fall River and George Durante, former Brockton TDI fellow, to serve as the pilot regional fellow for southeastern Massachusetts.

TDI fellows were previously placed in Haverhill, Lynn, and Springfield in April 2015, in Brockton, New Bedford, and Pittsfield in April 2016, in Holyoke in June 2017, and in Chelsea, Fitchburg, Lawrence, and Worcester in September 2018. Fellows have experience in city planning, community partnership building, real estate, and economic development, and work in their host districts in collaboration with local partners.

“The City of Chicopee is excited to work in partnership with our Fellow Ms. Monson and MassDevelopment over the next two years to build upon the exciting work that our community has done to unlock and enhance the West End’s development potential,” said Chicopee Mayor Richard J. Kos.

“MassDevelopment is pleased to welcome Andrea Monson as our new Transformative Development Initiative fellow in Chicopee,” said MassDevelopment President and CEO Lauren Liss. “Andrea’s experience in market research, community development, and as a local business owner will be a terrific asset as Chicopee seeks to increase vibrancy in its downtown. We’re also thrilled that former fellows Jim McKeag and George Durante will continue on in the TDI program, bringing their economic development expertise and lessons learned to Fall River and other southeastern Massachusetts Gateway Cities.”

Andrea Monson previously served as a market research manager and customer insights professional at CVS/Aetna, where she focused on bringing the voice of the consumer to life and managed full-cycle market research for marketing and advertising strategies that helped shape the CVS/Aetna brand and business goals. She has prior experience as a qualitative branding strategist, working for various research firms that service fortune 500 companies including PepsiCo Inc., The Coca Cola Co., The Proctor & Gamble Co., Merck & Co., and L’Oreal SA, among others. She has prior experience in international community development as a senior project manager and researcher with Metrix Research Group, and worked in several Latin American and European countries, where she focused on unearthing insights on how to approach community issues, such as gang violence. Andrea is also one of the owners of Monsoon Roastery, an espresso bar in Springfield. Monson has a bachelor’s degree from Florida Atlantic University and a master’s degree in experimental psychology from Mount Holyoke College. In Chicopee, Monson will help to revitalize the West End/Live/Work/Play district, which the city is developing as a fun and diverse place to work, live, and study with retail and dining options.