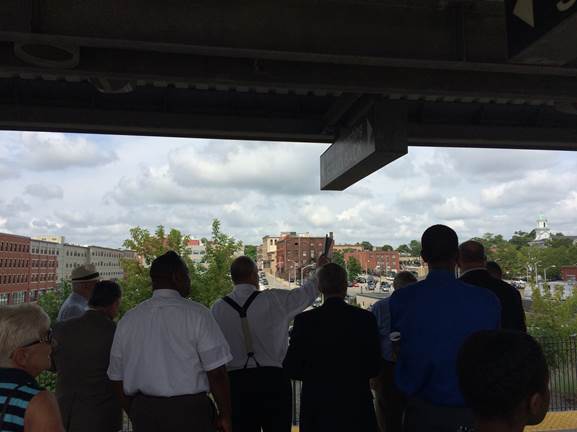 The City of Brockton and MassDevelopment launched a revitalization strategy effort with a tour and meeting with public, private and nonprofit stakeholders July 15, beginning a key component of the Brockton Gateway Transformative Development Initiative (TDI). Brockton Gateway is a collaborative partnership led by the City, Brockton 21st Century Corporation and Trinity Financial, the group behind the redevelopment of the Enterprise Block in downtown Brockton. Leveraging their resources, the City and MassDevelopment have engaged the consulting team of Stantec and A.G. Jennings to provide technical assistance. MassDevelopment chose the Brockton area as TDI District in 2014. The District extends from the MBTA commuter rail station to Main Street and down Main to the proposed higher education collaborative campus at Belmont Street.

The City envisions the District as a transit-oriented, walkable neighborhood with shops, restaurants, offices, and residences attractive to people of all income levels. During the July 15 kickoff, the TDI team gauged the scope of work and timeline and tackled the strengths and challenges of downtown Brockton. City officials and residents named Brockton’s commuter rail access, public school system, and multiculturalism as community assets. Attendees also toured the district and planned next steps for the next five months, including up to 10 focus groups with businesses, residents, developers, and city agencies; a community workshop; and the development of an economic development strategy. Stantec plans to have a draft strategy ready for public input in September. 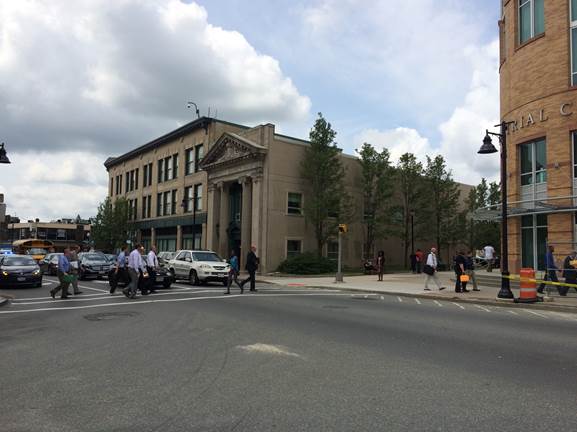 “Brockton boasts a great urban public school system, three hospitals, and a ready, willing and able workforce,” said Brockton Mayor Bill Carpenter. “The City is ready for development and wants to grow.  There’s a lot of value here. I think we’ve got a great vision of what Brockton can look like, and TDI brings us the extra help that we really need.  Building on the accomplishments of the last eighteen months, we’re excited to keep the momentum going.”

“We’re thrilled to be involved in Brockton and continue the economic development opportunities here,” said MassDevelopment Vice President of Planning and Development Claire O’Neill. “TDI is very much a community engagement program, and activating this program will build on the good work of the Mayor, his staff, and the City’s public-private partnership.”

All 10 TDI Districts are signing three-year agreements with MassDevelopment regarding the initial assistance they will receive through TDI, and MassDevelopment is holding kickoff meetings with each district. The two additional Gateway Cities selected for regional planning services, Everett and Malden, had an Urban Land Institute National Advisory Panel in June.

The 10 Districts in Development for the program’s pilot year were chosen from the 26 Gateway Cities’ submissions to the 2014 Call for Districts, in which all identified local collaborative partnerships, strategic district visions, and community engagement plans.   MassDevelopment has begun to put together a pipeline of potential equity investments in all districts submitted to gauge development needs for future funding.  All 26 Gateway Cities, in addition to all Massachusetts cities and towns, will continue to receive and be eligible for typical MassDevelopment services.