Greater Boston's Gateway Cities are at a critical juncture. The region's growing economy is exerting pressure on traditional industrial land, which demands new ideas on how to balance the need for more market-rate housing, commercial space, and light industrial activity. The regional transportation infrastructure, regional wholesale and retail, and the stable residential neighborhoods sprinkled in between complicate these decisions. While designed with special consideration for the needs of Gateway Cities in real estate markets outside of Greater Boston, MassDevelopment's Transformative Development Initiative (TDI) offers tools to help Gateway Cities like Everett and Malden grow to maximize their economic contributions.

The recent Urban Land Institute Advisory Services panel in these two cities, which TDI sponsored, is an excellent example. National experts spent five days helping the communities explore options for strategic, catalytic, and sustainable investment. During the TDI Call for Districts in 2014, MassDevelopment selected the Everett and Malden light industrial districts together due to their regional similarities and unique challenges faced by Gateway Cities. 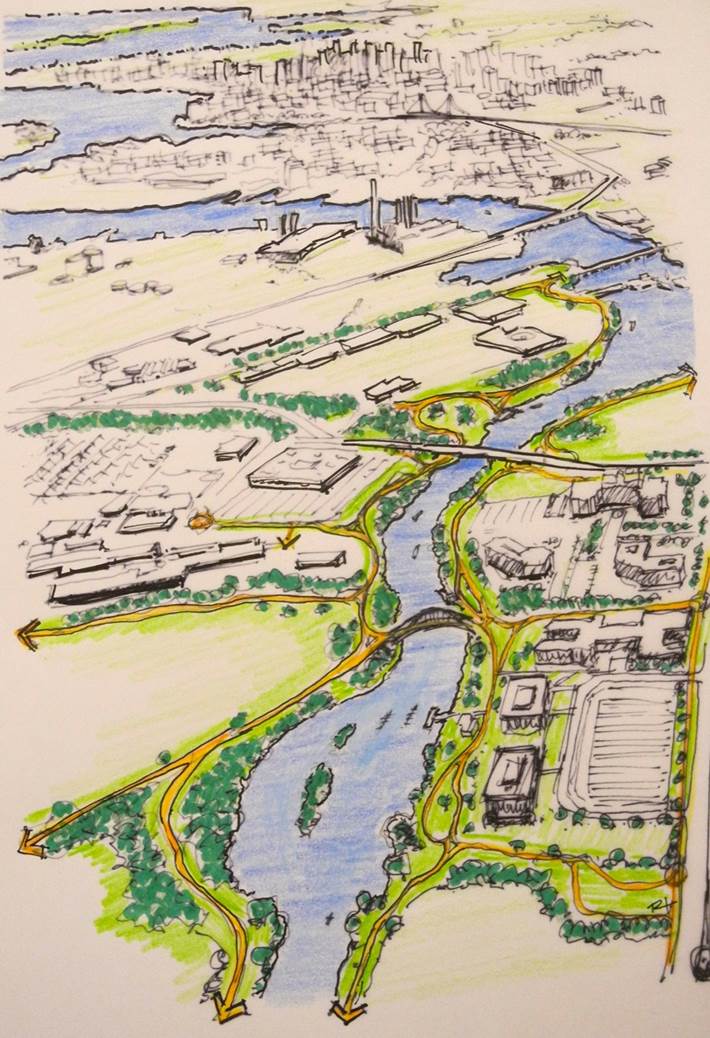 The shared TDI District defined the advisory panel's study area--two vibrant light industrial settings on opposite sides of the Malden River. The eight-member multi-disciplinary panel examined how the two districts can develop to help the current jobs base thrive-rich with good manufacturing jobs; improve connections to regional infrastructure and natural amenities such as the Malden River, better knit together adjoining neighborhoods, and promote market-driven economic growth. The panel also addressed ways that the state, city, businesses, and nonprofits can collaborate more effectively to help the two districts implement the visions and catalyze private investment, a hallmark principle of TDI.

The panel provided a rare forum to bring Everett and Malden together to create a shared vision. After analyzing the area through tours and focus groups and interviewing more than 100 individuals, the experts spent two days framing recommendations and preparing a report. The final public presentation was extensive, brimming with innovative ideas.  A packed house of community stakeholders who rarely have the opportunity to get together attended the public unveiling, presenting a chance to collaboratively chart a course for the future.

Thanks to a strong contingent of West Coast panelists, the final presentation borrowed terminology from surfing.  Panelists advised the Cities to "carve the wave" and take control of development by setting a course and following the vision.  The panel also recognized a need to balance the optimal community outcomes versus what the market demands. In this case, panelists encouraged Malden and Everett to "ride the wave" of residential development but promote strategies that invigorate the workplace, such as compatible light industrial growth. In turn, those connections will boost community, commerce, and sustainability.  Continuing the water theme, the panel recommended using the Malden River to unite the two districts while creating distinct identities for the Cities: the "Food Innovation District" in Malden focused around the growing StockPot Malden and some of the legacy food producers such as Piantedosi Bakers, and the "Santilli-Norman District" in Everett. This proposed area would focus on makers, such as Night Shift Brewery and Teddie Peanut Butter, recreation amenities such as Skyzone, and next-generation industrial uses. Other features could include a riverwalk, recreational space for boating and biking, or an iconic pedestrian bridge for greater mobility between the districts and creating walking loops, to complement  the existing bike trail that would support businesses and residents alike.

The panel suggested building on the foundation of the existing regional body, the Mystic Valley Development Commission, a tri-city entity comprised of Malden, Everett, and Medford that oversees the River's Edge Project (formerly Telecom City). Plans are already in the works to consider implementing the panel's recommendations, but the biggest victory was the new dialogue and fresh perspective at a critical time for two proud and rapidly changing Gateway Cities.