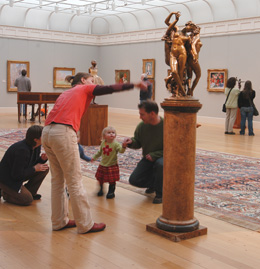 MassDevelopment and the Massachusetts Cultural Council have provided a $250,000 grant to the Sterling & Francine Clark Art Institute, a Williamstown museum and research center known for its extensive art collection, library, and graduate program in the history of art in affiliation with Williams College. The Clark is using grant funds to continue its campus expansion program, including work to renovate the existing museum building, which adds 2,200 square feet of new gallery space and provides upgraded safety, lighting, and HVAC systems for the building.

A 2012 study by the Economic Development Research Group of Boston anticipated that upon its completion, the full campus expansion project will enhance tourism growth in the Berkshires region; generate annual business sales in Berkshire County of $7 million; increase state tax revenues by $323,000 annually; and spur creation of about 90 jobs throughout the county to support a broader visitor base. 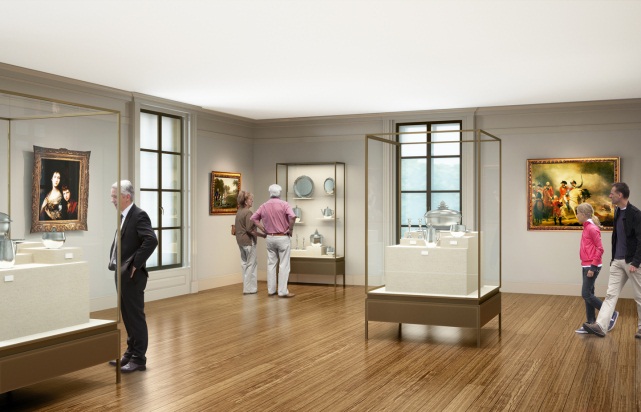 “The Clark is a priceless cultural resource for the Berkshires, and this expansion will continue its impact as an economic driver for western Massachusetts,” said MassDevelopment President and CEO Marty Jones. “We are pleased to provide this grant so the museum may expand its educational reach by improving its facilities.”

The Clark’s overall campus expansion project includes construction of a new 42,560 square foot visitor center; renovation and upgrades to the Museum Building (opened in 1955) and the Manton Research Center (opened in 1973); an extensive new landscape design and stormwater management system that greatly enhances sustainability and stewardship of the Clark’s lands; demolition of outdated facilities and construction of a new state-of-the-art physical plant; and construction of the Stone Hill Center (2008), which added gallery space, a public meeting facility and studio space, and provided office and laboratory space for the Williamstown Art Conservation Center. The Clark will open its new facilities on July 4, 2014.

Opened to the public in 1955 to showcase Sterling and Francine Clark’s extensive art collection, the Clark is a dual mission institution of international stature that encourages innovative scholarship in the visual arts through its Research and Academic Program and works to extend the public appreciation of art through its permanent collection and on-going program of special exhibitions and public programs. More than 200,000 people visit the Clark’s 140-acre Williamstown campus each year. The Clark’s library, which is open to the public daily, is one of the nation’s premier art history libraries and features more than 240,000 volumes. The Clark houses and jointly administers the Williams College Graduate Program in the History of Art. As an art museum, the Clark is known for its permanent collection which includes a superb collection of French Impressionist paintings, Old Masters, and American masterworks by Homer, Cassatt, and Sargent.

MassDevelopment also issued a $30 million bond on behalf of the Clark in 2011 to help build the Museum’s Visitor, Exhibition, and Conference Center. The Clark also received Cultural Facilities Fund grants in 2007 for Stone Hill Center and in 2011 for the Visitor Center.

“We greatly appreciate the support provided by MassDevelopment and the Massachusetts Cultural Council and consider them to be valued partners in the effort to sustain a vibrant arts community in the Berkshires. These funds are critical to our ability to complete the project and are an investment that will benefit our community and the Commonwealth for generations to come,” said Michael Conforti, director of the Clark.

MassDevelopment and the Massachusetts Cultural Council administer the Cultural Facilities Fund, an initiative of the Commonwealth to increase public and private investment in cultural facilities throughout the state. Created by the Massachusetts Legislature in 2006, the Fund offers capital, feasibility, technical assistance, and systems replacement grants for eligible nonprofits engaged in the arts, humanities, or interpretive sciences. The Fund has awarded more than $55 million in grants to cultural organizations across Massachusetts. For more information, visit the MassDevelopment and Massachusetts Cultural Council websites.