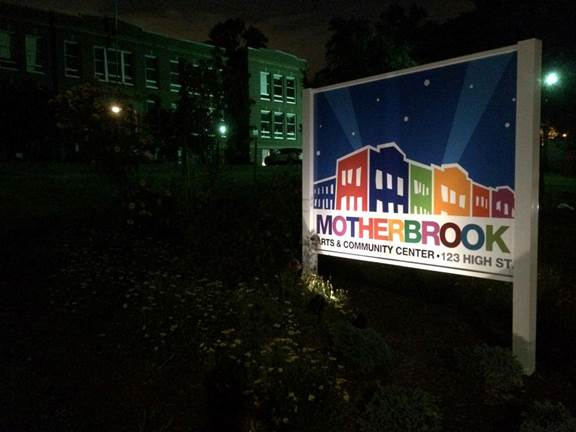 MassDevelopment and the civic crowdfunding platform Patronicity have launched a new Commonwealth Places campaign with the Mother Brook Arts and Community Center (MBACC), a nonprofit created to employ arts, culture and creativity to drive economic development, revitalization, and enrichment of surrounding neighborhoods. The campaign will convert the gym at the former Avery School in Dedham – MBACC’s home – into the new Mother Brook Arts and Community Center Performance Center. This space, where generations of elementary school children pledged allegiance, learned to play dodgeball, held assemblies, and had their first dance lessons has always been at the heart of the community. This new use will continue the building’s role as a community destination for years to come.

“Institutions like MBACC make up the important cultural fabric of the Commonwealth and are key in driving the Massachusetts creative economy,” said MassDevelopment President and CEO Lauren Liss. “This campaign will provide a vibrant neighborhood arts venue in Dedham, attracting visitors and residents alike to this community gathering place.”

If the campaign reaches its crowdfunding goal of $50,000 by June 28 at midnight, the project will win a matching grant with funds from MassDevelopment’s Commonwealth Places program. Learn more and donate at patronicity.com/MBACC.

“This opportunity to enhance our Performance Center will enable us to attract first-rate talent—concerts, comedians, dance, theater, film. With a seating capacity of over 500, MBACC is a unique venue and a huge plus for the community,” said Jean Ford Webb, MBACC Executive Director.