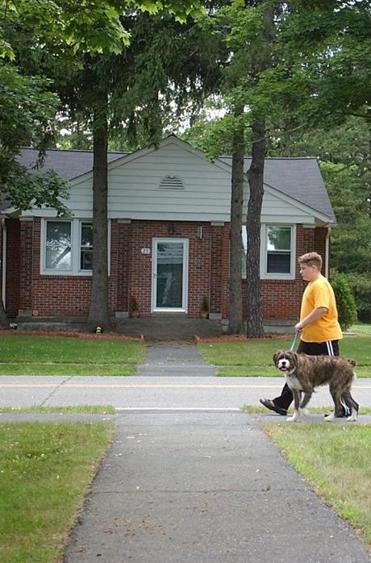 In a sign of a revived local housing market, six developers are battling to build a mix of homes and apartments on 70 acres of land at Devens.

Both local and national players are proposing a mix of single-family homes, town homes, and apartments on the site in the redeveloped Army base’s Grant Road neighborhood, according to the Massachusetts Development Finance Agency, which oversees Devens.

And in another sign of interest, all but one of the firms has proposed building out the entire 120 residential units allowed on the site, said Edmund Starzec, its director of land entitlements.

MassDevelopment will spend the summer vetting the qualifications and proposals of the various developers, with plans to narrow down the field to one or two finalists by the end of the summer, he said.

The houses are likely to fall around the $400,000 price range, Starzec said.

“We have got six very well qualified teams,” he said, adding that “every one of them is fairly well known.”

Pulte Homes of New England, the local operation of one of the nation's largest publicly traded home builders, is the biggest developer in the pack.

Several other builders, most with local roots, are also competing, including: The Community Builders out of Boston, The Evergreen Village Collaborative out of Lexington, Rhode Island-based Peregrine Group, Hingham-based Shepard Investments, and Townsend-based Transformations Inc.

The Community Builders is one of the largest nonprofit developers of mixed-income housing in the country, managing 100 properties in 12 states, according to the company.

Evergreen and Townsend focus on energy-efficient residential construction and were picked in 2009 to build zero-net-energy homes at Devens.

Peregrine and Shepard have experience renovating and building a mix of commercial and residential projects in Boston and Rhode Island, according to the companies’ websites.

The next step for the bidders comes later this month, when MassDevelopment officials begin to look over the initial packages submitted by the developers, which dealt mainly with their business backgrounds and general ideas for the property, Starzec said.

The number of contenders will be narrowed down by the end of June, he said.

Over the summer, the remaining contenders will have to lay out detailed proposals and indicate how much they are offering for the land as well, Starzec said.

“We will set up a series of meetings with each of them and take their proposals,” he said.

The MassDevelopment board is expected to vote to pick a developer at its August meeting, with an agreement worked out over the fall and groundbreaking expected next spring, Starzec said.

MassDevelopment will be looking at several factors as it weighs which developer and which proposal to go with.

One factor will be how the developers are able to work with some of the priorities already laid out by the agency, which is looking for more densely clustered housing than is typical in the suburbs, he said.

The Devens Enterprise Commission, which oversees zoning at the former base, is considering new rules that would enable builders to develop on relatively small, cost-efficient lots.

But to be allowed to build on smaller lots, the developers would have to meet certain energy efficiency and other goals in the design of their proposed homes and rentals, according to Starzec.

At 15,000 square feet, Devens lot sizes are already under half an acre, he said.

That stands out in a region of former agricultural towns where lot sizes are often an acre or more.

But the new rules could allow developers to go even smaller, possibly down to 5,000 to 10,000 square feet per lot, Starzec said.

For the builders, this can pay off with lower infrastructure costs, such as fewer square feet of pavement, sidewalks, and pipes to roll out, he said.

The emphasis on smaller lots also reflects MassDevelopment’s push to preserve as much of the site as possible as open space, including a series of wooded hills, Starzec said.

The project, once built, is expected to have a significant impact on the look and feel of Devens, until now dominated by offices, warehouses, and manufacturing facilities.

When the housing on Grant Road is completely built out, it could double the size of Devens’s small residential community.

There are 140 homes on the former Army property, mostly renovated houses once used by the base’s officers; the number also includes 20 newly built energy-efficient homes.

“We look forward to diving into these proposals and finding the best fit for the community,” said Richard Henderson, MassDevelopment’s executive vice president of real estate, in a prepared statement.