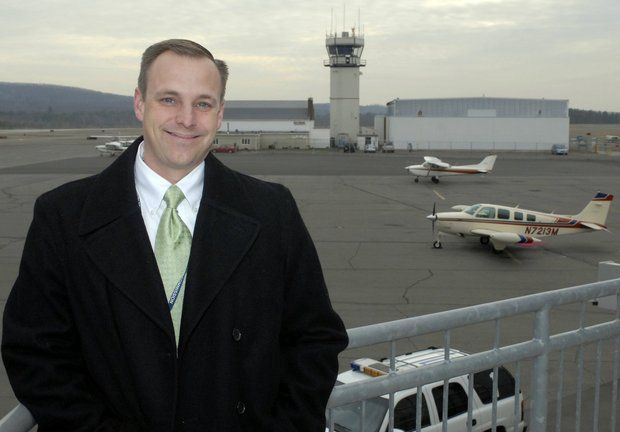 The former manager of Barnes Regional Airport in Westfield has been appointed to lead a task force to strengthen the state's military installations.

Gov. Charlie Baker on Monday announced the appointment of Chris Willenborg as executive director of Massachusetts' Military Asset and Security Strategy Task Force. The appointment came a day before Baker is scheduled to go to Washington, D.C. to lobby for Massachusetts' military installations.

Willenborg declined a request for an interview, referring questions to the Executive Office of Housing and Economic Development. But he said in a prepared statement, "I look forward to working with the military leadership; federal, state, and local legislative delegations; and industry stakeholders to ensure that our bases maximize their national security and economic impact to the commonwealth."

Willenborg has been a member of the task force since it was created by former governor Deval Patrick in 2012. Willenborg has worked in the Massachusetts Department of Transportation's Aeronautics Division since 2009, where he is the state aeronautics director. Before that, he was the airport manager at Barnes for nine years.

A Southwick resident, Willenborg is a member of the Western Massachusetts Economic Development Corporation's infrastructure committee and has been involved with several Westfield civic organizations.

Willenborg is Baker's pick to replace former executive director Adam Freudberg, a Patrick appointee who left the job at the end of the Patrick administration. State officials declined to respond to questions about the salary for the job. Freudberg earned $95,000 in 2014, according to a state salary database.

Executive Office of Housing and Economic Development Secretary Jay Ash said in a statement, "Mr. Willenborg's management experience in the airport industry will be an asset to the administration as we work to retain a robust defense and an expanding economy."

This involves working with community organizations and local officials, identifying steps the state can take to support the military installations and bring new missions to them, advising the state on measures taken by the federal government, such as proposals to close or restructure military bases, and making the case against proposed closures. Part of Willenborg's role will be to facilitate communication between the bases, businesses and non-profits.

Willenborg's appointment was announced a day before Baker plans to meet with key New England U.S. senators and a Pentagon official about the importance of Massachusetts' military bases.

President Barack Obama has asked a Department of Defense commission to recommend a series of base realignments and closures, a process referred to as BRAC, to begin in 2017. A commission has not yet been authorized by Congress, but there is likely to be one either in 2017 or 2019. Massachusetts officials are working to ensure that Massachusetts' bases are not affected.

Jones said she thinks it is particularly important that Massachusetts officials are meeting with senators from other New England states to develop a regional strategy to protect the bases. She noted that many base employees cross state lines to get to work, and the New England bases generally play different roles within the military and do not compete with one another.

"A New England strategy is in everybody's interest," Jones said. "There's a lot of reason for us to look at the economy as a whole and cooperate on issues like this."

Jones said Willenborg has been involved with the task force for years, and understands the issues surrounding aviation due to his work for the Department of Transportation. "He certainly knows the issues well," Jones said.