Groton School to Use MassDevelopment Bond for Refinancing, Renovation 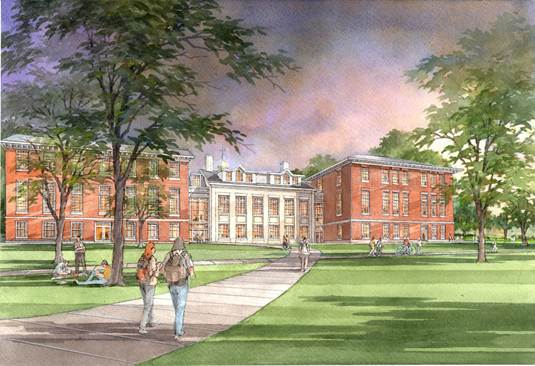 MassDevelopment has issued a $75 million tax-exempt bond on behalf of Groton School, a five-year coeducational college-preparatory school, to renovate its Schoolhouse building and to refund prior bond issuances. The bond issue will:

The renovations will upgrade the iconic 1899 Schoolhouse by fully integrating an addition dedicated to the STEM disciplines and by providing technological advancements, spaces to enhance collaboration and social interaction, and a new location for the School library. The project will preserve the Schoolhouse's role as both the academic center and the heart of the campus.

“Today’s students need to learn and live in buildings with cutting-edge technologies,” said MassDevelopment President and CEO Marty Jones. “MassDevelopment is pleased to leverage this low-cost financing on behalf of Groton School so that its students can thrive in an environment with classical architecture and current infrastructure.”

Founded by Endicott Peabody in 1884, Groton School has transformed from an institution of 200 male students in 1974 to 369 male and female students today, with 87 percent of those living on campus. The student body represents 30 states and 17 countries from various ethnic and religious backgrounds. Groton School sits on a 410-acre campus and prides itself on offering a diverse and intimate community devoted to inspiring lives of character, learning, leadership, and service.

Hale Smith, Groton School’s Chief Financial Officer, said the school has been pleased with the transaction from its initial investigation of public offerings and direct placement financings through to the close. “Groton School received excellent support from its long-time investment bank and advisor, George K. Baum, and selected a very flexible and attractive bank direct placement package from First Republic Bank,” Smith said. “The whole financing team worked collaboratively to produce a solution for Groton that both reduced risks and provided competitive, 20-year pricing.”

MassDevelopment, the state’s finance and development agency, works with businesses, nonprofits, financial institutions and communities to stimulate economic growth across the Commonwealth. During FY2013, MassDevelopment financed or managed 350 projects generating investment of more than $2.4 billion in the Massachusetts economy. These projects are projected to create more than 7,000 jobs and build or rehabilitate 800 residential units.