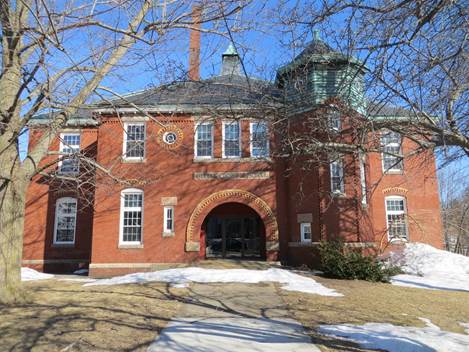 MassDevelopment and Creative Haverhill today announced a new campaign through the civic crowdfunding platform Patronicity and the Commonwealth Places initiative. The campaign will support “Reinvent Cogswell,” a project to renovate the former George F. Cogswell School in downtown Haverhill and turn it into a community art space. The project will preserve and refurbish the vacant 100-year-old school building, which has outdated electrical and plumbing systems and no working heat, and make it accessible to the public through cultural experiences that will strengthen the community.

If the campaign reaches its crowdfunding goal of $50,000 by January 20, 2017, at midnight, the project will win a matching grant with funds from MassDevelopment’s Commonwealth Places program. To read more about the project and to donate, click here.

“MassDevelopment is pleased to support a project that will build on Haverhill’s downtown revitalization efforts, including the nearby Transformative Development District,” said MassDevelopment President and CEO Marty Jones. “This art space will not only preserve a historic city building, it will also provide the community with an inspiring and creative place to engage with the arts.”

The new art space will include studio, gallery and community gathering spaces for local artists to meet and show their work, and classrooms to foster creative programming. Creative Haverhill hopes the building will provide residents with a place to learn about and experience the arts.

“Haverhill really needs a space like this,” said Tina Fuller of Reinvent Cogswell. “The city is undergoing a renaissance and a cultural center like this is key to the further development of the quality of life here in Haverhill.”

Commonwealth Places is a collaborative initiative from MassDevelopment and Patronicity that leverages public support for placemaking projects through crowdfunding and a matching grant from MassDevelopment. The program engages residents in the development of strategic projects in their towns and cities. Communities, nonprofits and other entities can learn more and apply at www.massdevelopment.com/commonwealthplaces.