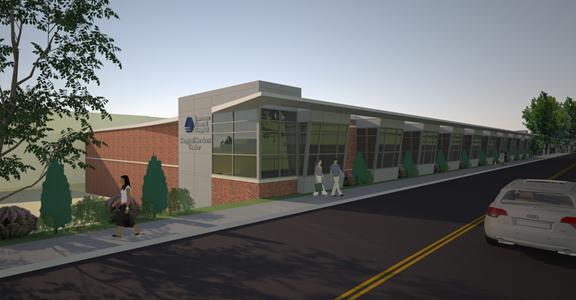 MassDevelopment has issued $43,490,000 in tax-exempt bonds on behalf of Lawrence General Hospital, a 189-bed community hospital in Lawrence that serves the Merrimack Valley. The hospital will use bond proceeds for a multiyear plan to renovate and modernize the hospital's campus, including, inpatient unit renovations and infrastructure upgrades. Bond proceeds will also finance other capital purchases of medical and monitoring equipment, and information technology to support the modernization effort.

“We’re pleased to leverage this low-cost financing on behalf of Lawrence General Hospital, the largest private employer in Lawrence,” said MassDevelopment President and CEO Marty Jones. “Investing in healthcare infrastructure in the Commonwealth’s Gateway Cities is critical, and these bonds will boost the hospital's ability to serve Merrimack Valley residents.”

“We are excited to share this news with the public because of the important benefits the project will have for patients and families, as well as physicians, nurses and other staff,” observes Dianne Anderson, President and CEO of Lawrence General Hospital. “Our plans call for renovation and modernizing of adult patient rooms, and an increase in private rooms, which will promote a better healing environment. We know that employees will be pleased with the improvements to the work environment, and will take pride in the investment LGH is making in the community. This significant strategic investment will strengthen our role as the premier regional health system for the Merrimack Valley region.”