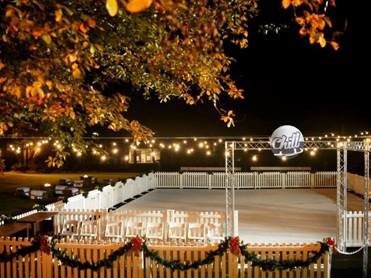 MassDevelopment and the civic crowdfunding platform Patronicity have launched a new Commonwealth Places campaign with the City of Leominster, which will use campaign funds to build a community ice-skating rink at Carter Park. The two-acre park has walking paths, memorial bricks, benches, a gazebo, and several memorials to the Armed Services, including trees named after those who lost their lives. The Leominster Colonial Band and the Leominster Summer Concert Series call Carter Park home in the summer, but the long New England winters have prevented enjoyment of the park in the colder months. To make the park a year-round destination, the city plans to install a temporary ice skating rink, which will be at Carter Park during the winter and stored during the off-season, coming back every year.

“Activating Carter Park during the winter through this community skating rink will benefit the local economy year-round, as skaters can visit local restaurants and shops and downtown companies will have an opportunity to sponsor the rink and advertise their businesses,” said MassDevelopment President and CEO Lauren Liss. “We look forward to supporting this campaign to make Leominster’s Carter Park an all-seasons location.”

“We are so pleased to be able to partner with MassDevelopment to bring an ice skating rink to downtown, particularly the beautiful setting of historic Carter Park. Not only will the rink help us meet our goal of making downtown more of a destination, it will provide hours and hours of free fun for families across the region,” said Mayor Dean Mazzarella.

If the campaign reaches its crowdfunding goal of $5,000 by June 30 at midnight, the project will win a matching grant with funds from MassDevelopment’s Commonwealth Places program. Learn more and donate at patronicity.com/iceskate.