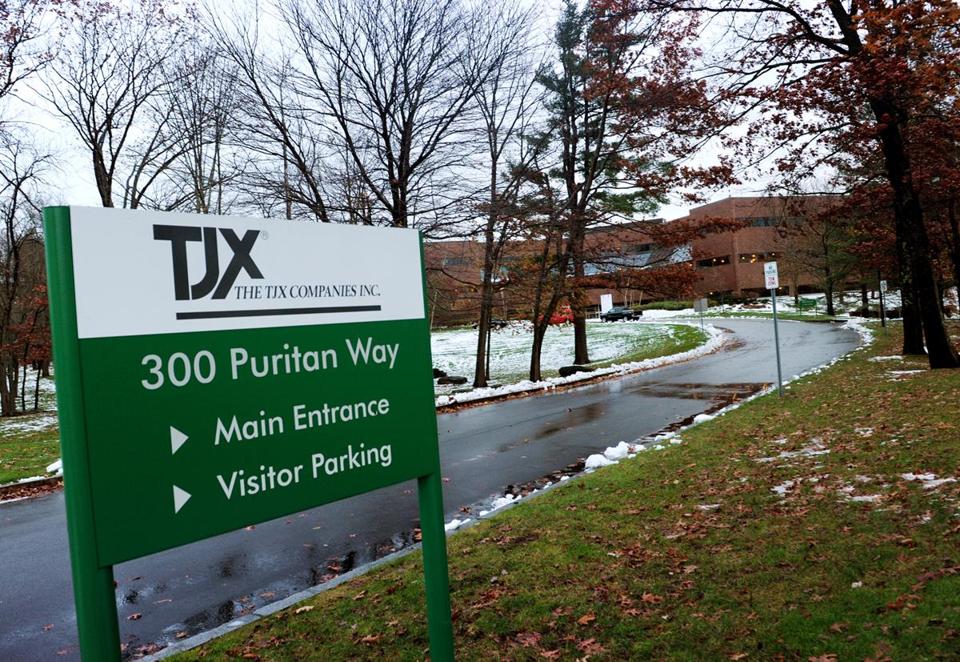 TJX moved its headquarters from Framingham to Marlborough in 2012, helping the city fill up a big chunk of the space Fidelity left behind at its former campus off Interstate 495.

When Fidelity Investments announced plans to sell its massive office complex in Marlborough and relocate thousands of employees, the city looked like yet another community on a downward slide after the recession.

Three years later, Marlborough is on a roll, with companies ranging from cutting-edge medical device manufacturers to retail giant TJX Cos. having filled the void – and the office space – that Fidelity left behind.

The city is now one of the success stories that the Massachusetts Development Finance Agency rolls out when it puts on economic development seminars for municipal officials.

“There was an exodus of some of the larger employers,” Tim Cummings, executive director of the Marlborough Economic Development Corporation, recalled of those tough times.

“We have seen a good turnaround,” he said. “We are feeling the effects of the real estate market picking up, and we are just hoping to keep up the momentum.”

Some of the gains are a result of an improving economy overall, with companies looking for space to expand, and finding it in Marlborough as buildings and corporate campuses fill up along Route 9 in Framingham and Natick, say city officials and commercial real estate brokers.

The office market in Framingham and Natick has rebounded nicely from the stubborn recession, with vacancy rates going down and rents going up, said Steve Woelfel, a vice president and suburban market specialist at Jones Lang LaSalle, a national commercial real estate firm with offices in Boston.

As a result, companies and developers are looking farther west, to Marlborough and the Interstate 495 corridor.

But beyond the market forces, Marlborough’s can-do approach in dealing with the sudden flight of one of its biggest employers also made a big difference, with the city’s business-friendly atmosphere helping to lure companies and developers leery of being bogged down in local permitting battles, according to Marty Jones, MassDevelopment’s chief executive.

“They have taken a very proactive approach to development,” Jones said.

Fidelity’s decision to sell its Marlborough campus and move out hundreds of employees was part of a one-two punch that left the city reeling in 2011.

When the Hewlett-Packard Co. decided to unload its longtime Marlborough campus at about the same time, the amount of office space available in the city skyrocketed, with the vacancy rate soaring past 30 percent, Cummings said.

Marlborough’s economic development agency reached out to local commercial real estate brokers, building relationships with the middlemen involved in everything from negotiating office leases to helping put together projects, according to Cummings.

Cummings and his team have also made the rounds of various industry meetings and conventions to pitch Marlborough as a business destination, including a recent trip out to an international biotechnology industry convention held in San Diego.

The city had joined a state initiative in 2007 in which it pledged a streamlined process for tech companies looking to expand.

While the state’s program sets up a six-month timeline, Marlborough has raised the bar, with most expansions being approved within three months, Cummings said.

That’s a big attraction for companies looking to set up shop in Eastern Massachusetts, where there can be radically different approaches to vetting new developments. Some communities have systems that can drag out decisions for several months or even years, said Jones, MassDevelopment’s chief executive.

For companies working on complicated timetables, with millions of dollars riding on being able to roll out a new campus or lab by a certain date, time is effectively money, he said.

“The pace of our whole economy has just picked up. People can't wait a year on questions on permits.”

Marlborough officials have also sweetened the pot in some cases to lure hot new companies to town.

California-based SanDisk Corp. will have its local taxes reduced by about $72,000 over the next five years as it opens a research and development lab in Marlborough, Cummings said.

A manufacturer of flash storage technology, SanDisk is relocating its Massachusetts operations from a 28,000-square-foot facility in Westford to a 60,000-square-foot building that it will be upgrading and outfitting in a $14.5 million project.

The city is projected to receive $180,000 in net added tax revenues over the five years from the project, which will create 60 new jobs and preserve 80 existing ones.

The building, on Donald Lynch Boulevard near Interstate 290, was constructed in 2002, but was never occupied and remains an empty shell. The project involves the complete build-out of the facility, which SanDisk will lease.

“We are just thrilled,” said James Goldsberry, a senior director of engineering for the company’s enterprise storage division.

“The employees here are eager to utilize a new facility that accommodates our needs. Obviously, expanding with an additional 60 employees, we need the additional space,” he said. “The investment SanDisk is making in this site really shows a long-term commitment to the area, which is also something the employees are thrilled about.”

Overall, Marlborough benefits from being near the junction of two major highways, Interstate 495 and the Massachusetts Turnpike, he said.

For companies seeking office space in Natick and Framingham, “there are few opportunities for them,” Woelfel said.

“That is why Marlborough is really starting to rebound. We are starting to see a lot of action.”

The combination of city efforts and some fortuitous market breaks has led to a parade of high-profile corporate relocations to Marlborough.

TJX’s decision to move its headquarters from Framingham in 2012 was one of the first moves, helping fill up a big chunk of the space Fidelity left behind at its former campus off I-495.

Boston Scientific has been another coup for Marlborough as well, recently announcing plans to move its headquarters from Natick, while Quest Diagnostics has moved into 200,000 square feet of the old HP complex.

But Marlborough’s recovery has not all been just about one set of giants moving in to fill the shoes of another set.

A number of smaller and midsized operations have moved into the city, lessening the reliance on a few big corporate players.

There also have been expansions by companies such as Argo Medical Technologies, which developed the ReWalk exoskeleton to help paralysis victims, and Oxford Immunotec Inc., Cummings said.

“We have had some of the large ones, which is great, but just as importantly, we have had small and midsized firms that have helped backfill some of the smaller spaces,” he said.