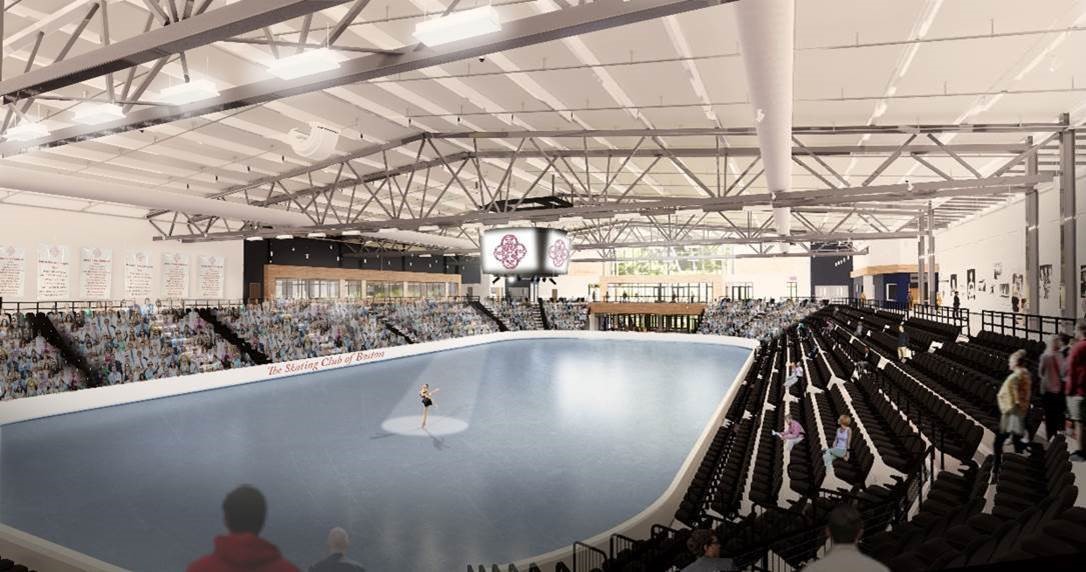 MassDevelopment has issued a $25 million tax-exempt bond on behalf of The Skating Club of Boston, a membership-based figure skating club with locations in Brighton and Foxborough. The Club will use bond proceeds to build and equip a 180,000-square-foot, three-rink training facility and performance center at the site of the former Lost Brook Golf course in Norwood. In addition to creating space for members to train and take lessons on a daily basis, the new facility will be large enough to host local, national, and international figure skating competitions. The Norwood High School hockey team and other youth programs are planning to practice at the facility. Dedham Institution for Savings purchased the bond.

“For more than a century, The Skating Club of Boston has provided figure skaters with the skills, coaching, and community they need to succeed, and it continues to be a popular recreational asset in this region,” said MassDevelopment President and CEO Lauren Liss. “As the Club looks to the next 100 years, we’re proud to help it expand in Norwood with a new state-of-the-art facility and performance center.”

Established in 1912, The Skating Club of Boston is the third oldest skating club in the United States and a founding member of U.S. Figure Skating, the national governing body for the sport. The nonprofit institution is a leader in advancing participation, education, and excellence in skating for people of all ages, abilities, and means. Club members have earned more than 145 national championship titles, as well as numerous medals at the Olympics, world championships, and various other international championships. Today, the Club has more than 600 active memberships and a diverse offering of programs, including a high-performance training program, competitive synchronized skating and Theatre On Ice teams, a therapeutic skating program, and a junior activities leadership group for teens. More information on the Club and its new development may be found at thenext100years.org.

“The Club is thrilled to have the support of Dedham Institution for Savings and MassDevelopment in making this long-held vision a reality,” said Doug Zeghibe, Executive Director of The Skating Club of Boston. “With this added space and state-of-the-art facility, the Club will continue as New England’s premiere center for figure skating and competitive training for the next generation of national and international champions.”