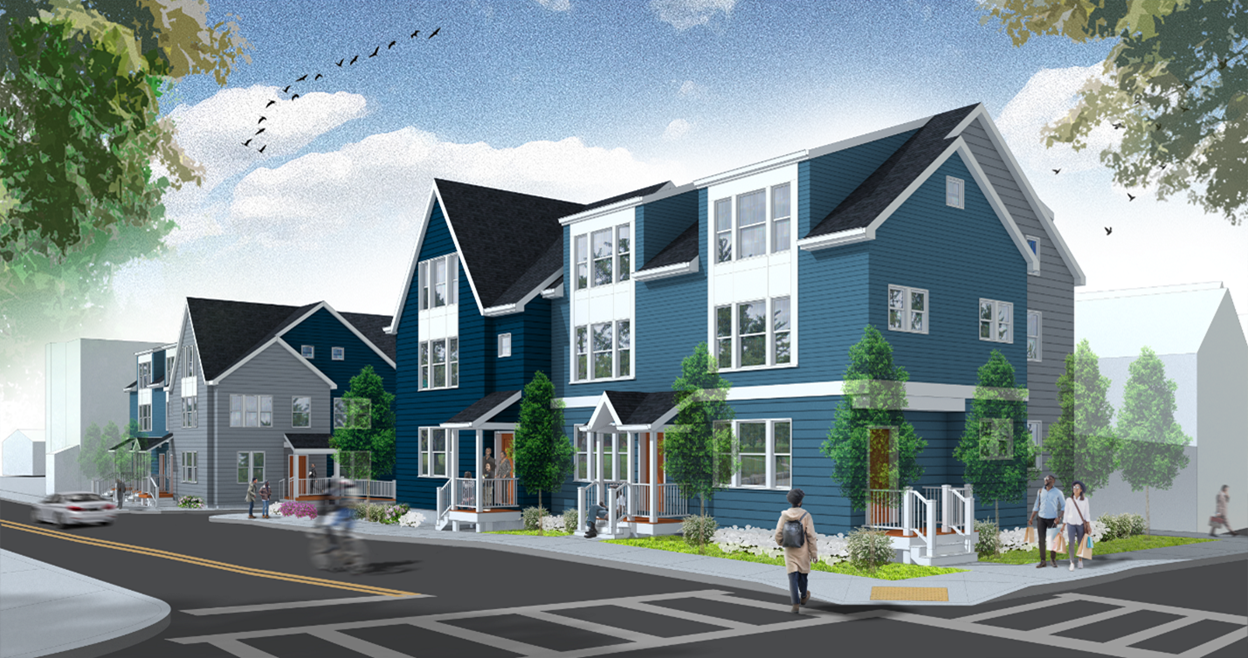 MassDevelopment has provided a $120,000 award from the Brownfields Redevelopment Fund to Jamaica Plain Neighborhood Development Corporation (JPNDC), which used funds to remediate soil on three formerly vacant parcels in Boston’s Jamaica Plain neighborhood that form the site of a new affordable housing development. Construction began last fall on the Call Carolina development, located at the intersection of Call Street and Carolina Avenue, which will include four rental units and four units available for purchase. McPhail Associates provided environmental engineering services for the remediation activity on the parcels, which were vacant for more than 50 years.

“We were pleased to help Jamaica Plain Neighborhood Development Corporation unlock these long-vacant parcels for the development of affordable housing,” said MassDevelopment President and CEO Lauren Liss. “In Boston and across the state, the Brownfields Redevelopment Fund continues to be an important resource for revitalizing challenging sites toward productive use.”

MassDevelopment oversees the Brownfields Redevelopment Fund, which helps to transform vacant, abandoned, or underused industrial or commercial properties by financing the environmental assessment and remediation of brownfield sites in “Economically Distressed Areas” of the Commonwealth. Since the Fund’s inception in 1998, it has supported 747 projects for a total investment of more than $108 million.

Founded in 1977, JPNDC seeks to transform the lives and amplify the voices of people who have been excluded from prosperity by an inequitable economic system. The organization has transformed vacant lots and distressed buildings into 1,180 affordable homes for families and individuals, created 2,000 jobs, helped 200 businesses open or expand, and invested $530 million in Jamaica Plain, Roxbury, and Dorchester.

“It’s tremendously gratifying to be creating affordable homeownership opportunities on a site where homes were bulldozed 50 years ago to make way for a highway, which the people of Boston fortunately defeated,” said JPNDC Executive Director Richard Thal. “We’re grateful to MassDevelopment for providing critical resources to make it possible.”