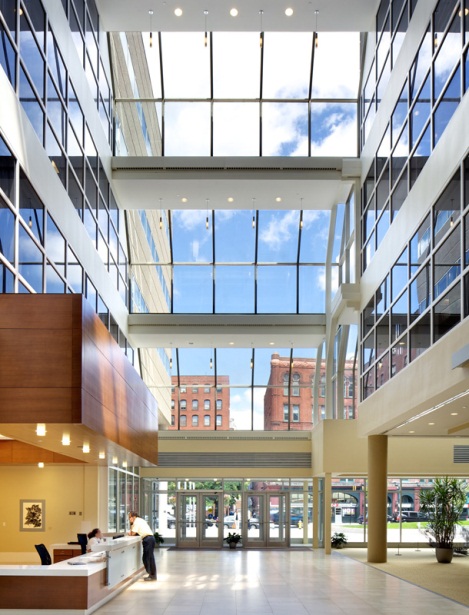 The Building Owners and Managers Association (BOMA) has awarded 1550 Main in Springfield its Outstanding Building of the Year (TOBY) award in the government building category of the Middle Atlantic Conference. This is the second consecutive year the redevelopment of the former federal building has won this award. 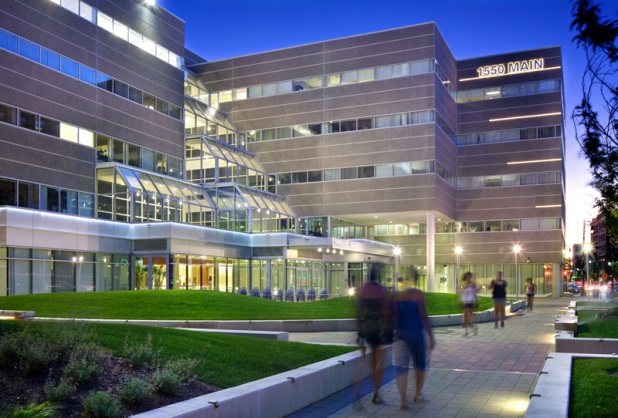 MassDevelopment purchased and undertook the renovation of the former federal office building in 2009 as part of a strategy to revitalize downtown Springfield. The redevelopment of 1550 Main, completed in 2010, included the creation of 130,000 square feet of office space; renovation of the central plaza with new plantings and seating; new entrances, lighting, and signs; lobby and atrium renovations; elevator modernization and replacement; restroom upgrades; and exterior envelope repairs. The building is more than 90 percent leased.

“We are grateful and honored that BOMA has recognized our efforts to transform 1550 Main into a vibrant part of downtown Springfield,” said MassDevelopment President and CEO Marty Jones. “The building has played a role in the City’s business and arts communities and will continue to increase economic activities in Springfield.”

BOMA represents owners and managers of commercial properties, including nearly 10 billion square feet of U.S. office space that supports 3.7 million jobs and contributes $205 billion to the U.S. economy. Its mission is to advance the interests of the commercial real estate industry through advocacy, education, research, standards and information. The organization’s Middle Atlantic Conference is comprised of 16 local associations with a combined membership of more than 3500 members covering 11 states and the District of Columbia. BOMA’s TOBY awards recognize excellence in building management, operational efficiency, tenant retention, emergency planning and community impact.