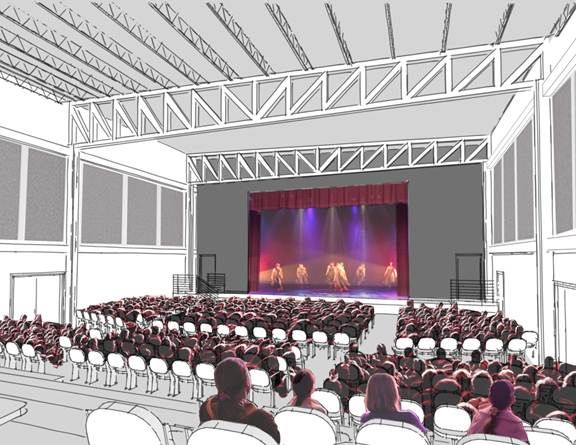 MassDevelopment has issued $4.26 million in tax-exempt bonds on behalf of Friends of the Pioneer Valley Performing Arts Charter School, Inc., a related entity of the Pioneer Valley Performing Arts Charter Public School (PVPA) in South Hadley. The School is using bond proceeds to build an 8,000-square-foot multipurpose addition, which it will use for gatherings and performances, and install equipment at its existing facility. Bond proceeds will also refinance a previous MassDevelopment bond, which helped fund the purchase and renovation of the 48,000-square-foot school building. MassDevelopment estimates the project will create nine construction jobs. Florence Savings Bank purchased the bonds.

“By partnering with the Five-College Consortium in the Commonwealth’s Knowledge Corridor, PVPA offers its students an exceptional amount of learning opportunities from a variety of Massachusetts colleges,” said MassDevelopment President and CEO Marty Jones. “This low-cost financing will help the School expand its offerings for its students.”

PVPA received its charter in 1996 as a regional public charter school for 400 students in grades 7-12. The school attracts students who are passionate about the performing arts from more than 50 cities and towns in western Massachusetts. PVPA students benefit from the arts and academic opportunities available through the Five-College Consortium, a nonprofit educational consortium established in 1965 to promote the broad educational and cultural objectives of its member institutions, which include Amherst College, Mount Holyoke College, Smith College, Hampshire College, and the University of Massachusetts Amherst.

“When PVPA moved to South Hadley 10 years ago, we dreamed of being able to build a suitable performance and community gathering space that could accommodate our entire school community. With the help of MassDevelopment, the Florence Savings Bank, and our extended PVPA family, that dream has come true. We could not be more excited,” said Scott Goldman, PVPA’s Head of School.