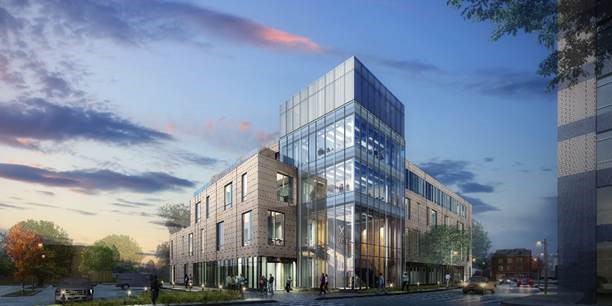 MassDevelopment has issued a $28,460,000 bond for the Pipefitters Local 537, a craft trade union for individuals employed in the construction industry in cities and town across Massachusetts. Pipefitters Local 537 will use bond proceeds to demolish a one-story building in Dorchester and replace it with a 70,000-square-foot, state-of-the-art, LEED-certified training facility with classrooms, hands-on training spaces, and office space for its operations. Pipefitters Local 537 will also use bond proceeds to buy furnishings, fixtures, and equipment for the facility. MassDevelopment enhanced the bond with a mortgage insurance guarantee. East Boston Savings Bank purchased the bond.

The Pipefitters Local 537 was founded in 1911 to represent tradesmen and women that install hot water, steam, and air piping systems, as well as the HVAC/R technicians who service this equipment. The Pipefitters Local 537 membership of 2,848 individuals includes journeymen, apprentices, and metal trade journeymen who contribute nearly 5 million hours of labor annually. The group anticipates its membership will grow by 100 tradesmen and women each year, and hopes this new facility will attract an even higher enrollment in its apprenticeship program.

“On this very site, by this time next year we will have more than tripled our training space, increased our meeting space, dramatically increased our hands-on training space and improved our ability to train our members in every way possible.  We will do so to accommodate our growth, remain on the cutting edge of technology and learn and perfect our craft to the highest standards in the world,” said Pipefitters Local 537 Business Manager Brian Kelly.