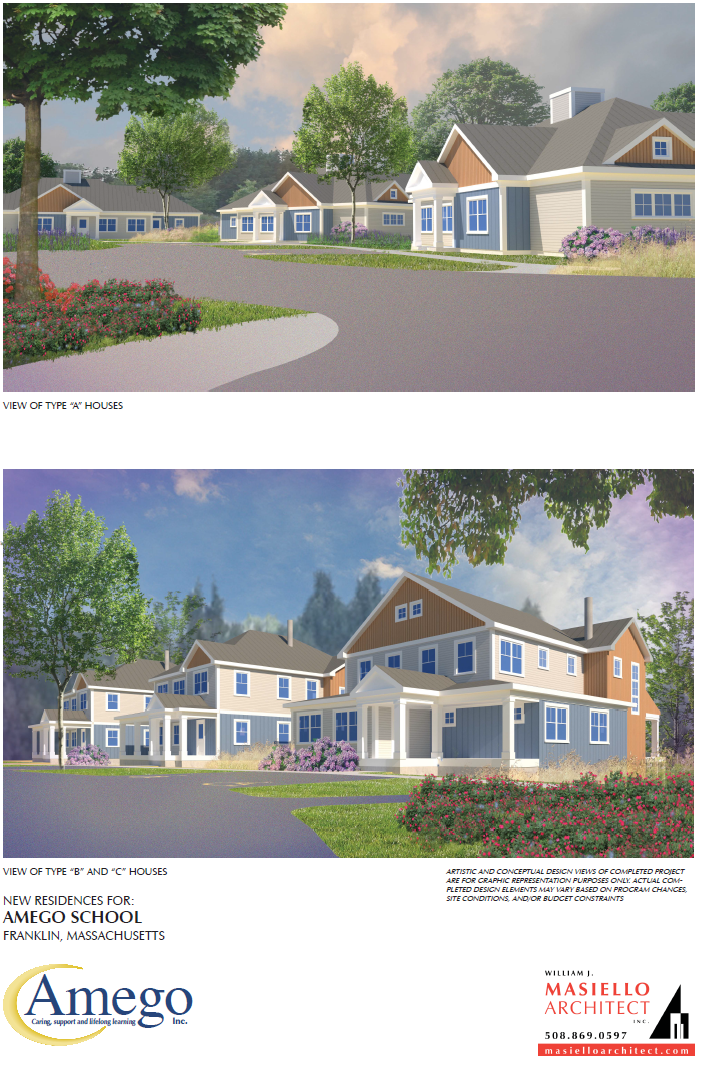 MassDevelopment, the state’s finance and development agency, has issued a $30 million tax-exempt bond on behalf of Amego, Inc., an Attleboro nonprofit which serves with autism spectrum disorders and other developmental disabilities, to build six new residential facilities on a 52-acre parcel in Franklin, according to a Monday announcement.

The buildings will house 47 students between the ages of eight and 22 who attend the nearby Amego School, according to MassDevelopment.

The six new facilities will include three single-story, ADA-accessible buildings and three two-story buildings, ranging in size from 2,800 to 3,600 square feet, according to the announcement. Each will include seven bedrooms and at least three bathrooms, as well as office space and medication administration space.