Recapitalizing Brownfield Fund Is Good For Housing In The Commonwealth 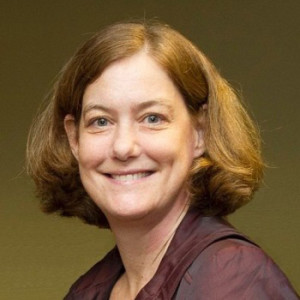 While it may not seem like the most likely of places to find a way to help solve our housing problem, a proposal to recapitalize the highly effective Brownfield Development Fund is just that. In the last six years alone, the investment in the fund has supported the creation of more than 4,000 housing units in the state. Two-thirds of those are affordable.

The Brownfields Development Fund is administered by MassDevelopment, the state’s economic development and financing agency, which works with private businesses and nonprofits to create housing and economic growth in blighted areas. It provides technical assistance and money, in the form of both loans and grants, to worthwhile projects around the state.

These projects have created homes, economic development and jobs – and on top of that, they have resulted in the cleanup of previously used and polluted land, known as brownfields. As described by MassDevelopment President and CEO Marty Jones, the fund “has ensured communities across the commonwealth can eliminate the economic barrier of contamination and transform polluted properties into senior housing or supermarkets, to name just two of many possible productive reuses.”

The agency has put these resources to work in assisting more than 600 worthy development projects in 100 different cities and towns across the commonwealth.

For example, with help from the Brownfields fund, Gardner in Central Massachusetts has cleaned up 25 acres of the larger Mill Street Corridor Urban Renewal Area and plans to develop 37 acres. Up north in Amesbury, a historic mill complex on property contaminated by chlorinated solvent is now Cedar Street Studios, home to 40 creative-economy companies.

Over time the state has invested a total of $75 million in the program and leveraged many times that amount. In the Gateway Park District in Worcester, some $1.1 million from the Brownfields Redevelopment Fund cleaned up three parcels, leading to more than $97 million of public and private investment.

Established and initially capitalized in 1998 with $10 million, it has been recapitalized on an incremental basis – three times since then – based on its stellar track record. But today the fund is depleted, leaving dozens of deserving projects unable to get out of the starting blocks despite a recovering economy.

The Baker administration this year is proposing something a little different. In a bond bill which allows the state to borrow money for capital projects, the administration has proposed making $75 million available for the Brownfields fund over the next five years. That is a huge shot in the arm for the program. It is more on an annual basis than the fund has had previously, and it ensures a funding stream for the near future.

The proposed recapitalization could not come at a better time.

A report just out from the Pioneer Institute confirms that, while much progress has been made in what it defines as the state’s Middle Cities – 14 of the state’s 26 Gateway Cities – there is much more work to be done. It describes the commonwealth as increasingly a tale of two states – where the Greater Boston area thrives while historic urban centers to the north, south and west face huge economic and social challenges.

State Rep. Chris Walsh, who has consistently supported funding of Brownfields projects by the state, said it serves needy older Gateway communities in the commonwealth, which have a concentration of brownfields sites, and other cities and towns too.

The role that municipalities and particularly Gateway Cities play is critical, as many of these sites are municipally owned. In addition, most involve sites that are centrally located near transportation and other critical infrastructure. Often they are linchpin sites that suffer both the costs of urban blight coupled with the underlying environmental cleanup, making the whole thing uneconomic to redevelop without assistance. Often the value created extends beyond one individual project.

In terms of next steps, Gov. Charlie Baker’s bond bill, for a total of almost $900 million, will go through committee and be debated this spring, before the fiscal year 2017 state budget is passed by July. There will be many competing priorities for funding.

But the Brownfield Development Fund has a lot of support – both from environmentalists and from those who understand the commonwealth’s critical need for more housing. And municipalities and legislators from across the state are also engaged. With almost a third of the commonwealth’s cities and towns benefitting from these investments already, there is potentially a broad base of support.

But it will take that to secure this level of funding at a time when there are many worthy budget demands. We know that these investments can “make or break” critical housing production efforts across our state. For this reason, let’s take nothing for granted.