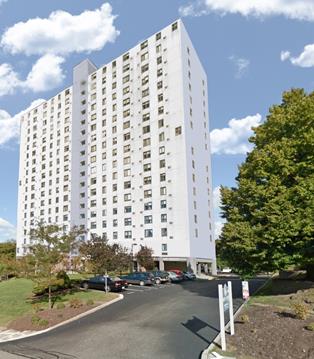 MassDevelopment has issued a $12.8 million tax-exempt bond and $1,173,000 taxable bond on behalf of Ships Cove Preservation Partners, which will buy and renovate Ships Cove Apartments, a 201-unit affordable rental housing facility in Fall River. Renovations will preserve all 201 units of affordable housing and include installing life safety equipment and energy efficient lighting; replacing heating and electrical equipment; making accessibility improvements and improvements to the building’s ventilation system; updating units and common areas; and repairing and refinishing the building’s exterior. The NHP Foundation, a nonprofit affordable housing owner and developer headquartered in New York, will act as the project’s developer. MassDevelopment also assisted the Department of Housing and Community Development with the approval of federal low income housing tax credits that will provide approximately $8.6 million in equity for the project. Freddie Mac purchased the tax-exempt bond, and Citizens Bank purchased the taxable bond.

“A safe, welcoming home provides working individuals and families of the Commonwealth with the anchor they need to grow and thrive,” said MassDevelopment President and CEO Marty Jones. “MassDevelopment is proud to support this project at Ships Cove and other affordable housing projects like it across the state through low-cost financing packages.”

Ships Cove is a high-rise building at 130 Canal Street in Fall River, near public transportation and many other public and commercial amenities. The building features 100 one-bedroom and 101 two-bedroom apartments with views of the city’s historic Battleship Cove. Ninety-five percent of units are rented to households earning no more than 60 percent of the area median income.

“Ships Cove plays a significant role in Fall River’s affordable housing landscape,” said Richard Burns, CEO of The NHP Foundation. “To be part of a partnership that is focused on preserving the availability of quality affordable housing for families in a location with access to public transportation, schools, medical facilities and job opportunities is not only incredibly exciting, but is exactly what affordable housing preservation should be focused on every day.”