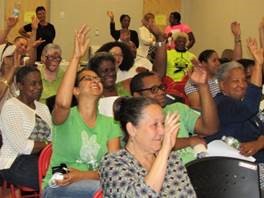 “Flexible community spaces are crucial for economic development at the local level, providing opportunities for a range of neighborhood-based uses,” said MassDevelopment President and CEO Lauren Liss. “SWBCDC puts commercial growth of neighborhoods like Hyde Park at the forefront of its mission, and we’re pleased to support its work at the former Doyle Playground to achieve that goal.”

Founded in 2001, SWBCDC works to create and preserve affordable housing, strengthen the commercial base of the neighborhoods, ensure access to good transit and green spaces, and develop local leaders whose voices are not otherwise heard. The Massachusetts Department of Conservation and Recreation owns the one-acre site and has helped volunteers with community cleanup. With support from the Solomon Foundation, residents are working with a professional landscape architecture team to finalize the park design. 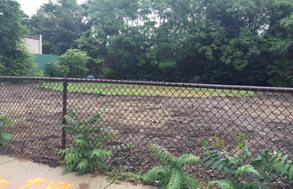 “Green spaces and a nice park can boost the morale of the neighborhood.  A lot full of weeds does the opposite,” said Arielle Chanelle, a lifelong neighbor of Doyle Playground. “That's why this project is so exciting. I live right next to this site. I played in the playground as a kid and I remember when the playground was taken away. That was almost 20 years ago. Now neighbors are coming out to work together to turn this site into a neighborhood park. Getting a mural and some seating into the park is an important first step for the neighborhood. I know our community will come through to help raise these funds.”

If the campaign reaches its crowdfunding goal of $6,000 by June 6, 2018, at midnight, the project will win a matching grant with funds from MassDevelopment’s Commonwealth Places program. Learn more and donate at patronicity.com/project/doyle_playground_transformation_1#!.