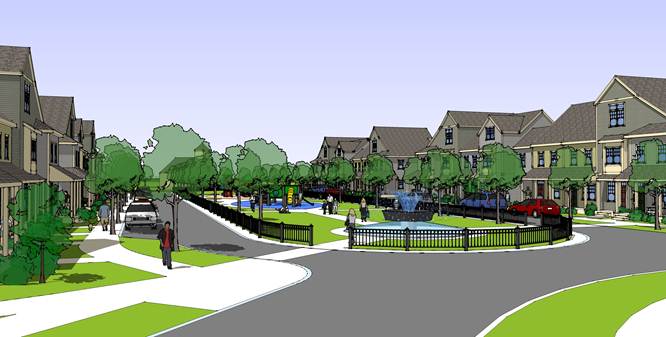 MassDevelopment has issued a $14.4 million tax-exempt bond on behalf of Trinity Taunton Four Limited Partnership and the Taunton Housing Authority, which will use bond proceeds to build a 72-unit multifamily affordable rental housing facility in Taunton. The new building, on the site currently known as Parcel 6A-2, is part of a two-phase project to replace the Fairfax Gardens public housing project with a total of 160 new units. Trinity Financial and the Taunton Housing Authority, the project’s sponsors, will build the facility using sustainable construction methods. The building will be on a currently vacant parcel about one mile from the existing site, housing 41 one-bedroom units, 26 two-bedroom units, and five three-bedroom units. Bank of America purchased the bond.

“We’re pleased to leverage this low-cost financing to help Trinity Financial, a trusted affordable housing developer, and the Taunton Housing Authority move this project forward,” said MassDevelopment President and CEO Marty Jones. “Both state and federal agencies have recognized the importance of redeveloping Fairfax Gardens, and MassDevelopment is proud to provide financing.”

In May 2011, the Taunton Housing Authority received a $22 million HOPE VI grant from the U.S. Department of Housing and Urban Development to redevelop Fairfax Gardens and the Parcel 6A site in Taunton. In total, HOPE VI funding will result in the development of 190 units of mixed-income housing, including 30 “Soft Second” loans for first-time homebuyers to promote home ownership in Taunton. The Massachusetts Department of Housing and Community Development also allocated both 9 and 4 percent federal low-income housing tax credits for the projects.

“Trinity couldn’t be happier to have worked with MassDevelopment on this complicated transaction,” said Matt Zahler, Trinity’s project manager for the Taunton HOPE VI development. “Transforming one of the most distressed public housing projects in the State into a beautiful new neighborhood requires the participation of financial partners like MassDevelopment who can fully appreciate the Taunton Housing Authority's exciting vision for this new development, and who can work seamlessly with all parties in overcoming the many challenges encountered along the way.”

“We are very thankful to MassDevelopment for its support of our HOPE VI project,” said Taunton Housing Authority Executive Director Colleen Doherty. “In addition to playing a critical role in creating new affordable, energy-efficent homes for families, the proceeds from MassDevelopment’s tax-exempt bond issuance will also enable the long-awaited redevelopment of a troubled brownfields site, known as parcel 6A, which has sat vacant and blighted adjacent to downtown Taunton for nearly 40 years. We are honored to be partners with Trinity Financial on this exciting project.”