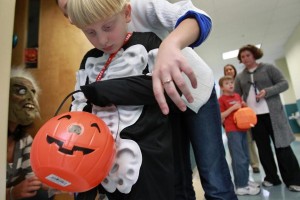 The League School was started in 1966 by parents with autistic children. It grew from three students to 83 today.

The League School of Greater Boston, a private school in Walpole for autistic children and young adults, plans to build a 20,000-square-foot addition and a new residence hall, but won't expand by admitting more students, its executive director says.

The year-round school currently has 83 students, ages 7 through 21, said executive director Frank Gagliardi. Nine teenage students live in a house on the Walpole campus, and 10 live in a home on Rock Street in Norwood, he said.

“It’s important that people understand that we are adding [space] for the specific needs of our students,” said Gagliardi. “We want to stress that we are not expanding.”

Adding to and renovating the existing 35,000-square-foot school would create space for a new library, computer center, vocational center, life skills center, and staff offices, as well as new and larger classrooms and music and art rooms, he said.

Key to the project is accommodating an increase in older students who need bigger classrooms and activity areas than the school now provides, he said.

He said the school was designed when more of the students were pre-school or elementary school age; almost 80 percent of the students now at the League School are middle or high school age – a reflection of the public schools’ increasing ability to accommodate younger children with autism.

“Autistic children are very sensory-oriented,” Gagliardi said. “Bumping and touching can cause them to be [upset]. The size of the rooms has an impact. The students require room to move around [unimpeded], more space.”

The League School recently received financing for the project through a $10 million tax-exempt bond issued by the quasi-public agency MassDevelopment, according to MassDevelopment spokeswoman Kelsey Abbruzzese.

Middlesex Savings Bank purchased the bond, and because of the tax savings was able to offer a lower-than-normal interest rate to the school, she said. Gagliardi said the interest rate is 3 percent.

Gagliardi said the funding will cover the anticipated $7 million to $8 million project cost, as well as pay off the original mortgage on the school's property.

Final design for the project isn’t complete, he said, but school officials hope to get all necessary permits and start construction in the spring.

Walpole Deputy Police Chief John Carmichael said the school has been a good neighbor and had no serious incidents involving police until this summer, when police issued a warrant for a member of the school’s staff, Stephane Djamou, on two counts of assault and battery on a disabled person. Djamou pleaded not guilty in Wrentham District Court.

Carmichael said the alleged victim was a student at the school. Two similar incidents, on June 4 and Sept. 28, still are under investigation, he said.

Carmichael said that League School officials helped police with the investigation and that the alleged assaults were not related to school activities or policy. “The people down there are very well trained and very professional,” he said.

The League School, which started in Newton in 1966 and moved to Walpole 12 years ago, was one of the first in the state to serve autistic children. According to its Web page, all the students have been diagnosed with some form of autism spectrum disorder, including pervasive developmental disorder, high-functioning autism, and Asperger’s syndrome.

Class sizes range from three to eight students, and the education covers academics, as well as the social communication and emotional regulation skills needed by those with autism, Gagliardi said. Many of the students don't have traditional language skills and the school has three full-time speech and language therapists, occupational therapists, social workers, and counselors, he said.

The abilities and skills of the students vary widely, he said. Last year, three students went on to college – the year before, there were five – and the League School worked with the students, families, and college staff to help make the transition successful, he said. Other students receive training to work at such tasks as stocking shelves or cleaning.

Students also learn life skills such as how to make a bed or set a table, he said. And the school brings students into the community to learn how to behave appropriately at places ranging from fast-food restaurants to grocery stores, he said.

The school is licensed by the state to have 110 students, Gagliardi said. The new construction would “give us the potential [to accommodate that many students], but we're not interested in doing that at this point,” he said.

The League School was started by parents who couldn’t find either public or private schools that knew how to handle their autistic children. The school opened with three students and quickly expanded, moving to Walpole in 2000.

The May Center for Child Development in Randolph, part of the national May Institute, provides similar services for autistic students.

Some other nearby programs for autistic children have been in the news over the years for their more controversial methods. Lawmakers have tried to outlaw the aversive shock therapy used at the Judge Rotenberg Educational Center in Canton. And a teacher at the Boston Higashi School in Randolph was convicted in 2005 of physically abusing a student while restraining him.