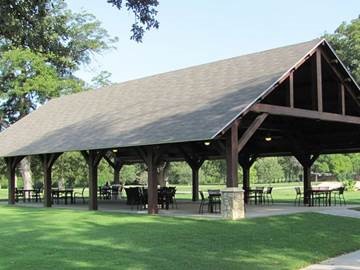 MassDevelopment and the civic crowdfunding platform Patronicity have launched a new Commonwealth Places campaign with the Town of Webster, which will use campaign funds to build a pavilion at Memorial Beach on Webster Lake. Residents and visitors have consistently sought a shaded area near the vast sandy beach area to gather, enjoy a picnic lunch, or hold a private party. The addition of this pavilion will open doors for new community uses at the lake, such as farmers markets, parties, or other local events.

“The new Memorial Beach pavilion has the opportunity to attract more residents and visitors to Webster Lake, driving foot traffic to local shops and restaurants,” said MassDevelopment President and CEO Lauren Liss. “We are pleased to work with the Town of Webster and Patronicity to support this community project.”

"We are so pleased to be able to partner with MassDevelopment to bring a pavilion to Memorial Beach. This will be a great addition to our beach. Not only will the pavilion help us meet our goal of making Webster more of a destination, it will provide unlimited uses for families across the region," said Town Administrator Doug Willardson.

If the campaign reaches its crowdfunding goal of $14,000 by June 30 at midnight, the project will win a matching grant with funds from MassDevelopment’s Commonwealth Places program. Learn more and donate at https://www.patronicity.com/project/beach_pavilion.

Commonwealth Places is a collaborative initiative from MassDevelopment and Patronicity that leverages public support for placemaking projects through crowdfunding and a matching grant from MassDevelopment. The program engages residents in the development of strategic projects in their towns and cities. In June 2017, MassDevelopment announced $1 million in funding for the second year of the program, which has supported successful campaigns across the Commonwealth, from Northampton to Hyannis. Communities, nonprofits, and other entities can learn more about these successful projects, donate to ongoing campaigns, and apply at www.massdevelopment.com/commonwealthplaces.