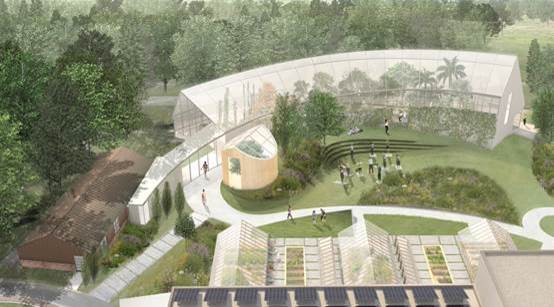 MassDevelopment has issued a $96.5 million tax-exempt bond for Wellesley College, a liberal arts college for women. The college is using bond proceeds to renovate its campus science center and construct an addition to the building, which will be located where the former Sage Hall once stood. When the project is complete, the expanded science center will house laboratory, classroom, and office space as well as new teaching and research greenhouses. Wellesley College is also using bond proceeds for other capital projects, such as the purchase and installation of equipment for its cogeneration plant; the renovation of residence halls and a health and counseling building; and the installation of an elevator in a renovated building. Finally, the school is using a small portion of the bond proceeds to refinance previously issued debt. The bond was sold through a public offering underwritten by Morgan Stanley and Merrill Lynch/Bank of America.

"The Commonwealth is home to the some of the nation’s best colleges and universities, and MassDevelopment is proud to help these educational institutions improve their facilities through tax-exempt financing," said MassDevelopment President and CEO Lauren Liss. "This bond will allow Wellesley College to update its academic buildings and make needed campus improvements, which will better position the college to serve generations of students to come."

Since 1875, Wellesley College has been a leader in providing an outstanding liberal arts education for women who will make a difference in the world. Its 500-acre campus near Boston is home to some 2,400 undergraduate students from 49 states and 48 countries.

"The new science center will reinforce Wellesley’s position as a leader in STEM education for women, providing our students with a uniquely inspiring learning environment," said Piper Orton, Vice President for Finance and Administration of Wellesley College.