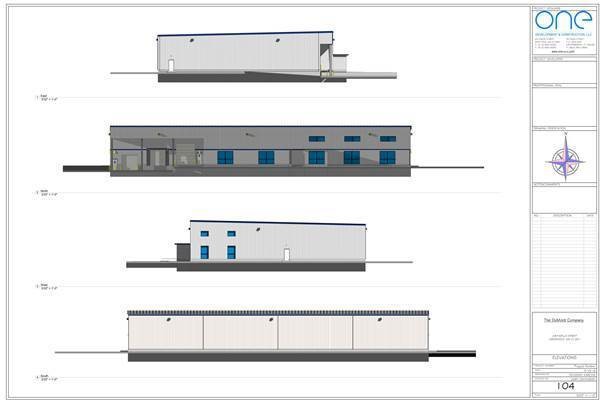 MassDevelopment has issued a $2.8 million tax-exempt bond on behalf of The duMONT Company and Hassay Savage Company, western Massachusetts-based manufacturers of precision broaching tools, and HYE Partners, LLC, a real estate entity affiliated with the two companies. HYE Partners will use bond proceeds to buy 2.87 acres of vacant land in Deerfield, located at the site of the former Oxford Pickle plant, and construct an approximately 24,400-square-foot manufacturing facility. The duMONT Company and Hassay Savage Company, which merged into one company as of January 1, 2019, will move into the facility and use bond proceeds to buy and install new manufacturing equipment. Shelburne Securities Corporation, a subsidiary of Greenfield Savings Bank, purchased the bond.

“MassDevelopment is all about finding creative solutions to help manufacturers grow in Massachusetts,” said MassDevelopment President and CEO Lauren Liss. “We’re pleased to help owner Eric Hagopian build a new manufacturing facility and buy state-of-the-art equipment, a move that will allow The duMONT Company and Hassay Savage Company to merge under one roof, expand operations, and remain a leading producer of precision broaching tools.”

The duMONT Company, of Greenfield, has been designing and manufacturing a wide array of precision keyway-style broaches since 1945, and is the largest manufacturer and supplier of push-type keyway broaches in the world. Hassay Savage Company, currently located in Turner Falls, was established in 1969 and has grown to become duMONT’s biggest competitor. The duMONT Company and Hassay Savage Company were both recently acquired by Eric Hagopian, a local entrepreneur and former owner of Chicopee’s Hoppe Technologies, Inc. Hagopian’s goal was to merge the companies and relocate in the new state-of-the-art manufacturing facility, in which he has invested millions of dollars in capital equipment modernization and workforce development.

“We are thankful for the assistance from MassDevelopment as we grow our business in Franklin County,” said Eric Hagopian, owner and CEO of The duMONT Company and Hassay Savage Company. “Our new, larger, purpose-built factory will house state-of-the-art machinery and processes that will keep our workers competitive on a global scale. duMONT is now the largest producer of industrial keyway broach cutting tools in the world. This investment will help us secure our position in the global marketplace.”