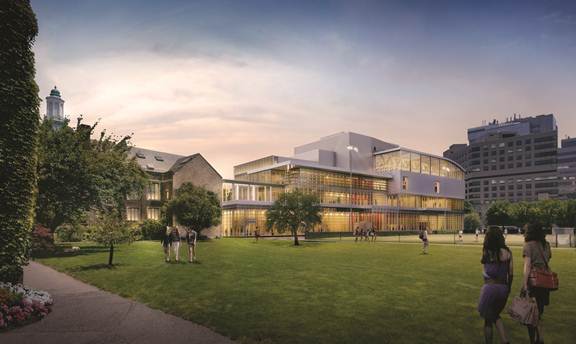 MassDevelopment has issued a $40 million tax-exempt bond on behalf of The Winsor School of Boston, one of the nation’s leading independent schools for girls. The School will use bond proceeds to construct a 130,000-square-foot performing arts and health and wellness center. First Republic Bank purchased the bond.

“The Winsor School prepares young women by enriching them in a diverse and vibrant intellectual community while tending to their physical well-being,” said MassDevelopment President and CEO Marty Jones. “We’re thrilled to help the School meet its mission in paving the way for future leaders in the Commonwealth and beyond.”

The project is historic for Winsor, nearly doubling the square footage of educational space on its Longwood area campus. The addition will include a double-court gymnasium; dance studio; weight and fitness center; 500-seat theatre and assembly hall; music, dance, and theatre rehearsal studios; and classroom and support facilities. When completed in 2015, these spaces will support Winsor’s vision of offering a world-class education to the area's most academically promising girls for generations to come.

“We are building and improving as part of the great city of Boston, so that we can stay in this dynamic location in the midst of one of the richest concentrations of academic, cultural, scientific and medical life in this country,” said Rachel Friis Stettler, Winsor’s Director and O’Donnell Family Chair. “Our campus will reflect the energy, vision and diversity of our neighborhood and our home.”