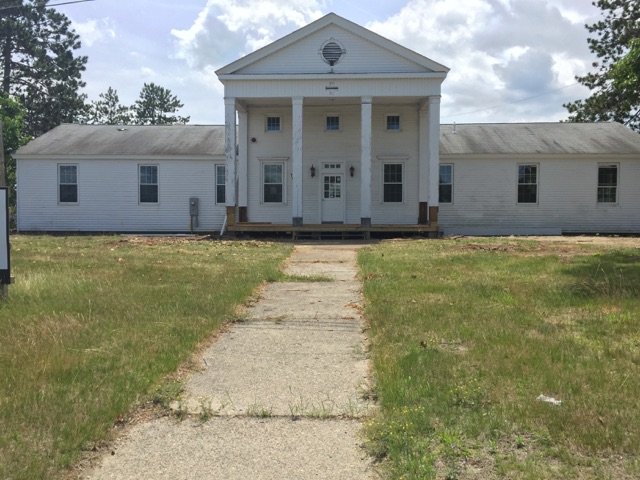 MassDevelopment has provided two loans totaling $330,000 to DFWC Realty, which used the proceeds to acquire and renovate the former American Red Cross building at 176 Jackson Road in Devens. Anne Ferguson, DFWC Realty’s principal, transformed the building into a health and wellness institute called Dragonfly Wellness Center. Ferguson used the first loan, worth $135,000, to finance the purchase of the building. The second loan of $195,000 funded renovations to the interior and exterior of the building.

“The former American Red Cross building housed essential support staff to our troops at Fort Devens, but has recently been inactive,” said Marty Jones, MassDevelopment President and CEO. “MassDevelopment is pleased to support Anne Ferguson as she revitalizes the property and, in continuance of the building’s theme, creates a center to support the well-being of the residents of Devens and the Nashoba Valley.”

The site of the Dragonfly Wellness Center has a notable history. Constructed by the U.S. Army in 1941, the one-story Colonial revival building was one of the first administrative Red Cross buildings located on a military base. The building contained offices, living quarters, and lecture and reception rooms, and was primarily occupied by Red Cross administrative personnel until the U.S. Army closed Fort Devens in 1996. After the base closing, the Town of Harvard briefly used the building as a youth center. However, the site has primarily sat vacant since the base closure. The building, located on two acres of land near downtown Devens, is registered on the Massachusetts Historical Commission’s list of historic buildings. Following Fort Devens’ closure, MassDevelopment acquired the 4,400-acre property and is redeveloping Devens into a sustainable and diverse mixed-use community.

Dragonfly Wellness Center will be a holistic education and wellness facility dedicated to improvements in body, mind, and spirit. The Center will promote sound nutrition, wellness activities and health classes such as Pilates and yoga. In addition, the Center will offer services such as massage therapy and Reiki, as well as after-school programs for youth members. The Center will also feature a small café specializing in natural and organic food and beverages.

“As a Registered Nurse, I appreciate the historic significance of the Red Cross Building which perfectly aligns with Dragonfly Wellness Center's mission: to optimize the health and well-being of all members of the community,” said Anne Ferguson. “I am grateful to MassDevelopment for giving me the opportunity to rehabilitate this special building which will house the wellness center at Devens.”