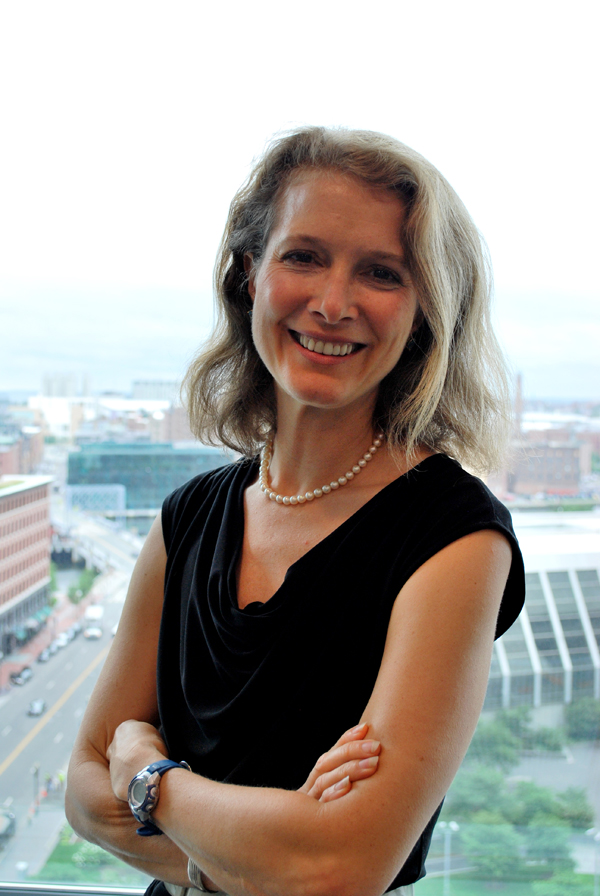 MassDevelopment, a 15-year-old quasi-public agency, has a long and varied list of real estate projects, businesses and nonprofit organizations it has helped.

The list includes the redevelopment of the Saltonstall state office building (rebranded as simply 100 Cambridge Street); the massive $1.6 billion redevelopment of Quincy Center which broke ground in June; and the takeover of the 4,400-acre former Fort Devens property in central Massachusetts, which is being redeveloped into a mixed-use community with residential units, businesses and recreation space.

But for Laura Canter, who has been with the agency since it started and oversees every dollar as executive vice president of finance programs (which included $3.3 billion for 246 projects in fiscal year 2012), it’s the smaller projects that resonate with her.

When asked about which projects she is most proud of, she talks about helping small manufacturers get loans to expand or buy new equipment; or bringing her two sons to a museum that got received from the agency’s cultural facilities fund, or to the Massachusetts Farm to School Project, which promotes local food and agriculture education for students and received seed money from the agency.

“There are so many different projects that we touch and they’re all around us,” Canter says. “When you see them in action, it’s a wonderful feeling.”

Many of the projects the agency helps wouldn’t be able to get financial support from anywhere else, Canter said. She explained that her department is able to get creative with financing because it is not hemmed in by bank regulations. “We can take in more risk,” she said, “but we can’t afford to lose.”

One of the ways the agency is getting more creative is by using the New Markets Tax Credit Program, which is designed to stimulate investment in designated low-income communities. Canter noted that the Riverwalk Mill redevelopment project in Lawrence was financed through this program and so far has brought in 2,400 jobs to that city.

Canter also has a special place in her heart for small manufacturing companies.

“Every one of these companies works so hard to be nimble and flexible to grow and stay competitive, so anytime we can help them finance an expansion or an investment in new equipment, it’s a win for us,” she said.

Instead she cites the virtues of manufacturing: “They’re an employer, and they make things. They provide a tangible product that brings money into the commonwealth,” she said.

Meg Delorier, who has worked at MassDevelopment since 2001 and has worked closely with Canter since becoming chief of staff in 2006, said she believes Canter is a special person who is motivated by helping others, both on a large scale through her work at MassDevelopment, as well as on a smaller, more personal level.

“She’s the type of person, if you’re having a problem or difficulty with something in your work or in your personal life … who goes above and beyond, all the time,” Delorier said. “If she were just financially motivated or driven, she could be making a lot more money somewhere else. She truly believes in the mission of MassDevelopment and what we’re doing and the impact we have across the commonwealth.”

Besides investing in real estate projects, the agency helps finance nonprofits. Canter said the agency has helped assisted living communities, hospitals and nearly every museum and college in the state. It also provides financing to promote energy efficiency and to rehabilitate blighted industrial areas through its Brownfields Redevelopment Fund.

Canter said she enjoys the variety. “There is no opportunity to get bored. The challenges are managing time and human resources: more is always needed.”