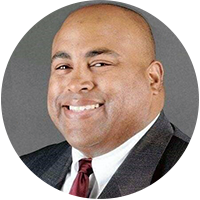 Dan was an invaluable member of the Baker-Polito Administration’s Reopening Advisory Board, bringing the municipal viewpoint to the group tasked with developing the Commonwealth’s strategy to reopen the economy during COVID-19, and the COVID-19 Vaccine Advisory Group. In 2017, Governor Baker tapped Rivera to serve on the newly established Latino Advisory Commission charged with addressing concerns of the Massachusetts Latino community and promoting economic prosperity and well-being.

Prior to his two terms as Mayor of Lawrence, Dan held various positions in the private, public, and nonprofit sectors. Dan is a veteran of the U.S. Army, where he served in the first Gulf War, Desert Shield/Desert Storm, and a graduate of the UMass Amherst and Suffolk University’s Sawyer School of Management, where he earned his MBA. Dan lives in Lawrence with his wife, Paula, and their children, Daniel and Charlotte.