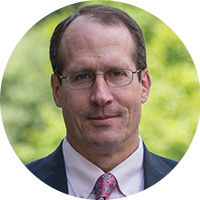 Jeffrey C. Fuhrer joined MassDevelopment as Executive Vice President/Chief Strategy Officer in March 2020. Prior to joining MassDevelopment, Jeff served as executive vice president and senior policy advisor at the Federal Reserve Bank of Boston, where he first oversaw and then advised the Bank’s research, regional and community outreach, and diversity and inclusion functions. Jeff has been an associate economist at the Federal Open Market Committee, and he regularly attended these key U.S. policymaking meetings with the Bank’s president. He most recently co-led the staff steering committee for the Federal Reserve’s monetary policy framework review.

Jeff began his career at the Board of Governors of the Federal Reserve System, first as a research assistant, and then, in 1985 returned as a senior economist after earning his doctorate. In 1992, he joined the Federal Reserve Bank of Boston’s research department as an assistant vice president and economist, and from 1995 to 2001 headed its Open Economy Macro/International section. In 2000, Jeff was named senior vice president and monetary policy advisor, in 2001, he became director of Research and in 2006, he was named executive vice president.

Jeff has been active in economic research for more than three decades, and has served as an associate editor for the American Economic Review. Jeff has published numerous scholarly papers on the interactions among monetary policy, inflation, consumer spending, and asset prices. Jeff earned an A.B. in economics with highest honors from Princeton University, and received his M.A. and Ph.D. in economics from Harvard University.