While networking at a Metro South Chamber of Commerce event in 2016, a group of young professionals discussed the idea for an organization through which their peers in Brockton could interact, learn together, and better connect to the city. At the time, young professionals in the Brockton area were traveling to Plymouth or New Bedford in order to join this type of youth-oriented, community-based organization. Meanwhile, commuters of all ages were heading to and from their workplace without interacting with Brockton’s downtown – missing out on the progress and momentum taking root in the city. 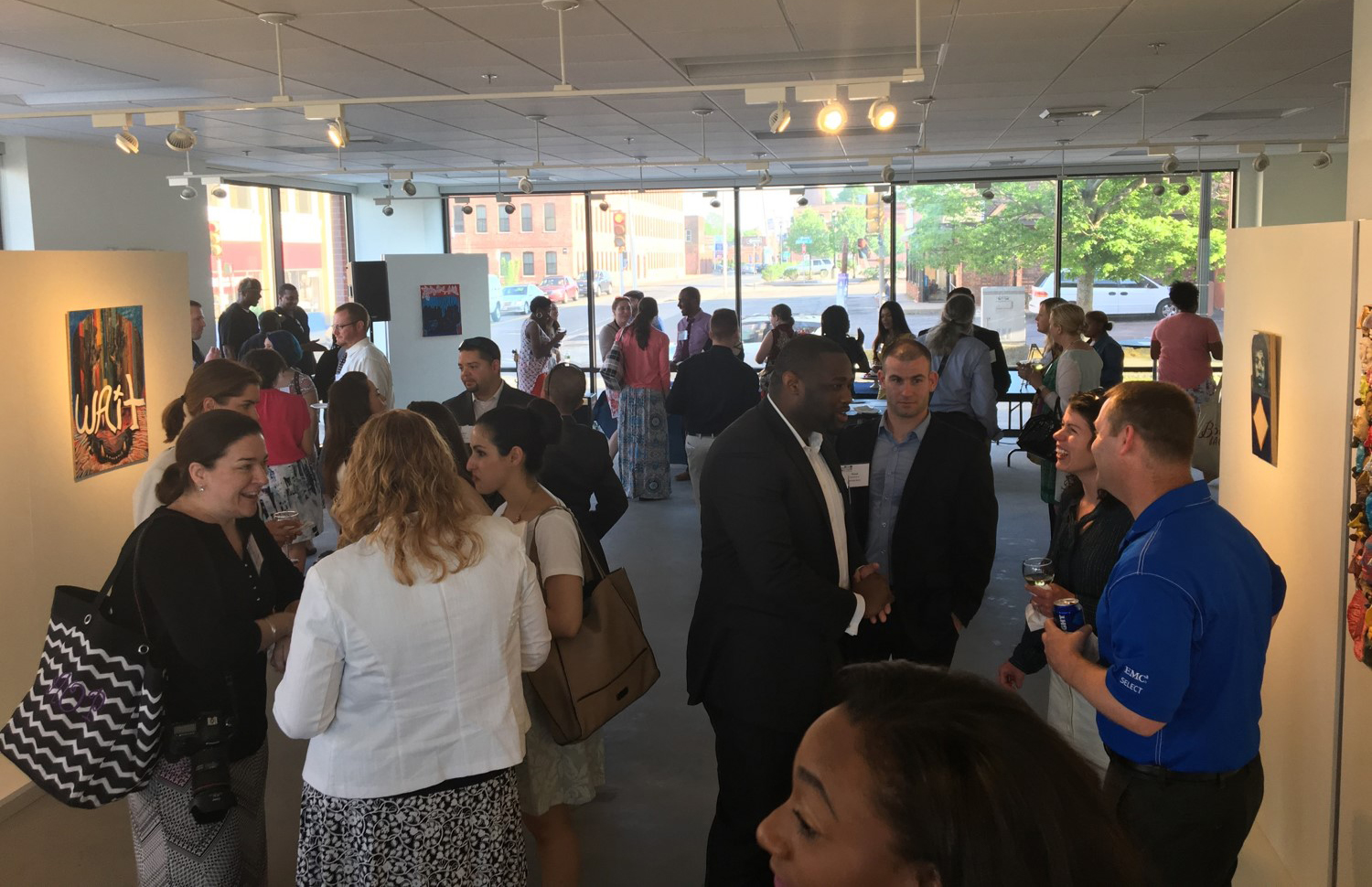 Recognizing the many ways a young professionals’ organization could benefit the city, this same group – including Brockton Transformative Development Initiative (TDI) Fellow George Durante, Alison Van Dam from the Metro South Chamber of Commerce, and Gwendolyn Gavin and Jackie Lupica from the Fuller Craft Museum – immediately began taking steps to implement their idea. The team established a steering committee, which then developed a mission statement and framework for program offerings, conducted outreach, and picked a name for the organization. With administrative support from the Chamber and Museum, the new Greater Brockton Young Professionals conducted a soft launch in March 2017 and an official launch event in May 2017.

In under one year, more than 400 members joined the Greater Brockton Young Professionals. To date, the organization has hosted eight public networking events and professional development workshops, and helped plan and implement two public projects in Brockton’s TDI District: the city’s first parklet and an award-winning art installation. The involvement of young professionals in the downtown has also inspired their employers—major anchors like Fuller Craft and WB Mason—to also become involved, supporting initiatives such as PROVA!, a pop-up multi-cultural event space, and Downtown Brockton Leadership, a professional development program for emerging leaders to become more involved in the downtown.  Moving forward, this invaluable network of volunteers provides another pool from which the Brockton TDI Partnership can source ideas about what community members want to see happen in the downtown area.