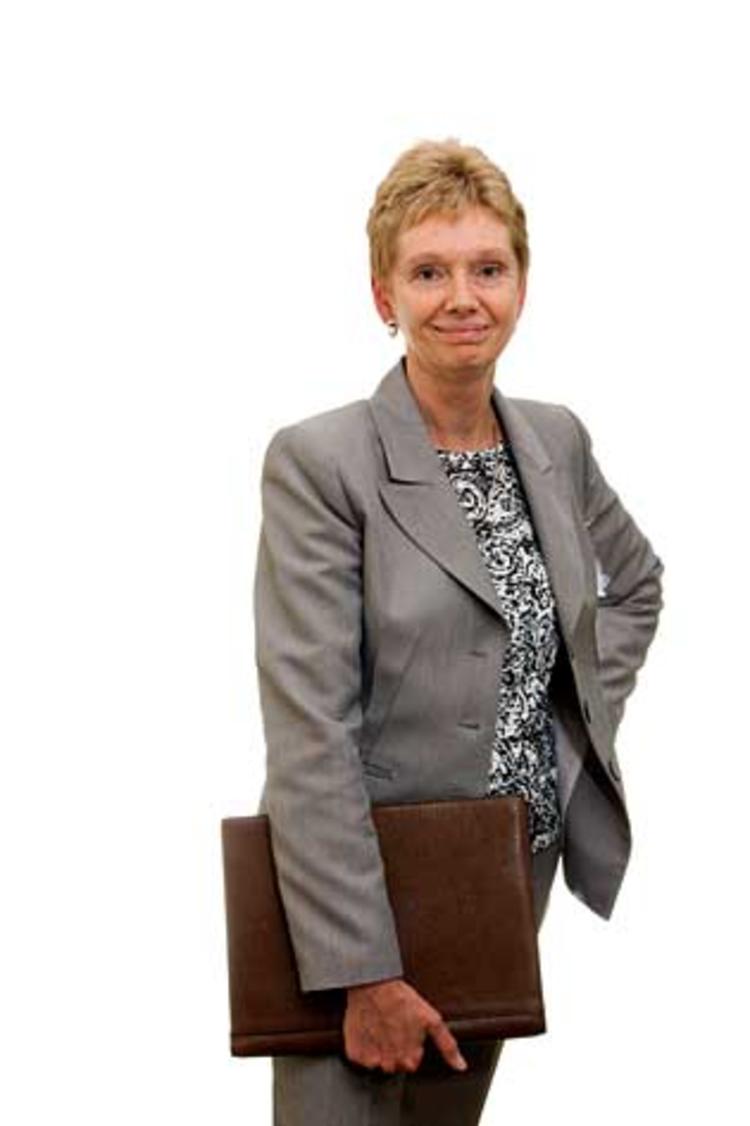 Marty Jones set foot in the offices of MassDevelopment for the first time just before being tapped to lead the quasi-public agency in 2011.

Despite a career that included a stint at the U.S. Department of Housing and Urban Development and in the private sector as president of Boston-based property developer and manager Corcoran Jennison, Jones hadn’t encountered the agency along the way.

What she learned, however, made her see the opportunity as a perfect fit for her skills as well as her desire to be a key part of the state’s economic development engine.

How does MassDevelopment’s current activity and funding levels compare to past years?
Since I’ve been here, we have been fairly consistent, doing 250-plus-or-minus projects every year. Those projects annually represent almost $2 billion in economic impact and are a combination of tax incentives and bond issues and real estate deals, as well as consulting work we do for cities and towns.

What is the biggest opportunity you see ahead for MassDevelopment?
Two big areas are manufacturing and defense. MassDevelopment has always been a lender for the manufacturing sector and now we are part of a larger initiative by the state. We’re providing grants to communities that want to work with the sector to provide the workforce preparation those companies need to thrive here. The increased role of the defense sector in the state … has driven us to look at how we can help strengthen our military and security installations and help them be more cost-competitive.

What projects in the MassDevelopment portfolio best exemplify how it spurs growth?
We worked with Clinton Savings Bank to finance a project by a company in Clinton, Dunn & Co. Inc., that decided to bring its paper stock business back from China. Our work as a developer is reflected in the redevelopment of the Federal Courthouse in Springfield, which we turned into a vibrant part of Main Street. And in Salem, our acquisition and cleanup of the brownfields site of the former Salem Suede plant, and hopefully its conversion to 130 housing units, shows how we can tackle projects that the private sector is reluctant to fund because of contamination.

What do you see coming soon that’s new and different for Boston?
It will be very interesting to see how a new mayor changes a number of things in the city, including the development climate, which is such an important part of the city’s growth. I also think we’re all realizing how important it is to keep young people in Boston and the commonwealth. I was sitting on a board recently and as I looked around the room, it was clear a lot of us were older types around the table. We need to get more young people involved in the larger civic life of the city.

How has the environment for growing as a female business executive changed in the past 10 years?
I have been so lucky in my career to work at companies and at HUD, where women were leaders and where women were encouraged to participate. I know many people have had to fight a big fight, but I’ve been lucky enough to be in a great supportive environment. Unfortunately, and it surprises me, there are still some people who are not as receptive to women’s leadership and I do believe we need to work more on the issue of women participation on boards.

What is the current state of redevelopment at Devens and what will happen next there?
A lot of great things. We are about 50 percent built out; we are permitted for 8 million square feet of development and have built out about 4.5 million. We’re very excited about the movies coming to Devens: New England Studios should be completed by the end of summer and we’re looking forward to seeing the business that generates. And we’ve also recently had six developers respond to our request for development of housing, which is already permitted.

How would you describe your leadership style?
I do value a collaborative approach and have worked very hard since I’ve been at MassDevelopment to include as much of the staff as possible in the decision-making process. Last week we had a strategic planning session on Devens and the entire team was engaged and had a say in how they can help and have input into the priorities of the agency.

Do you have any pet peeves?
Email overload and people who without much thought reply to all or really don’t think about who they are sending emails to. We all have information overload. I have a personal goal of keeping my inbox at less than 100 messages. It’s a struggle.

What are you reading?
I just finished two things: “Drift,” by Rachel Maddow, about how we as a country have drifted into wars from Vietnam to now. I found it very easy to read. I also love novels and particularly novels that take me to another culture or part of the world, and just read “A Sport of Nature,” by Nadine Gordimer, which tells the story of a young girl growing up In South Africa.