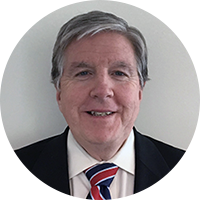 Robert M. Ruzzo joined MassDevelopment as Deputy Director in December 2017. Bob came to MassDevelopment from the law firm of Holland & Knight, where he served as senior counsel and advised clients on affordable housing, land use, environmental issues, infrastructure, finance, and transportation. Prior to joining Holland & Knight, Bob was a member of the executive team at MassHousing, where he served first as general counsel and later as chief operating officer and deputy director. He served as senior environmental counsel on the Central Artery/Tunnel Project in Boston, and held a number of other leadership roles in the transportation sector. Bob was also chief of real estate development and general counsel at the Massachusetts Turnpike Authority, and general counsel and deputy secretary for environmental policy at the Massachusetts Executive Office of Transportation. Bob is a graduate of Georgetown University Law Center and Colby College.