Brian Kavoogian is a Managing Partner of National Development, one of metropolitan Boston’s largest real estate development, investment and management companies. Mr. Kavoogian is a past chairman of both of the region’s real estate trade organizations, the Greater Boston Real Estate Board and NAIOP Massachusetts, where he remains on the Board of Directors. He is a trustee emeritus of Tufts University and a member of the Board of Advocates of the Tisch College at Tufts University. Mr. Kavoogian also serves as an overseer of Newton-Wellesley Hospital, a member of the Partners Healthcare System, Inc. Corporation and a past chairman of Heading Home. Mr. Kavoogian received a BA from Tufts University in 1984 and joined the MassDevelopment Board of Directors in November 2015. 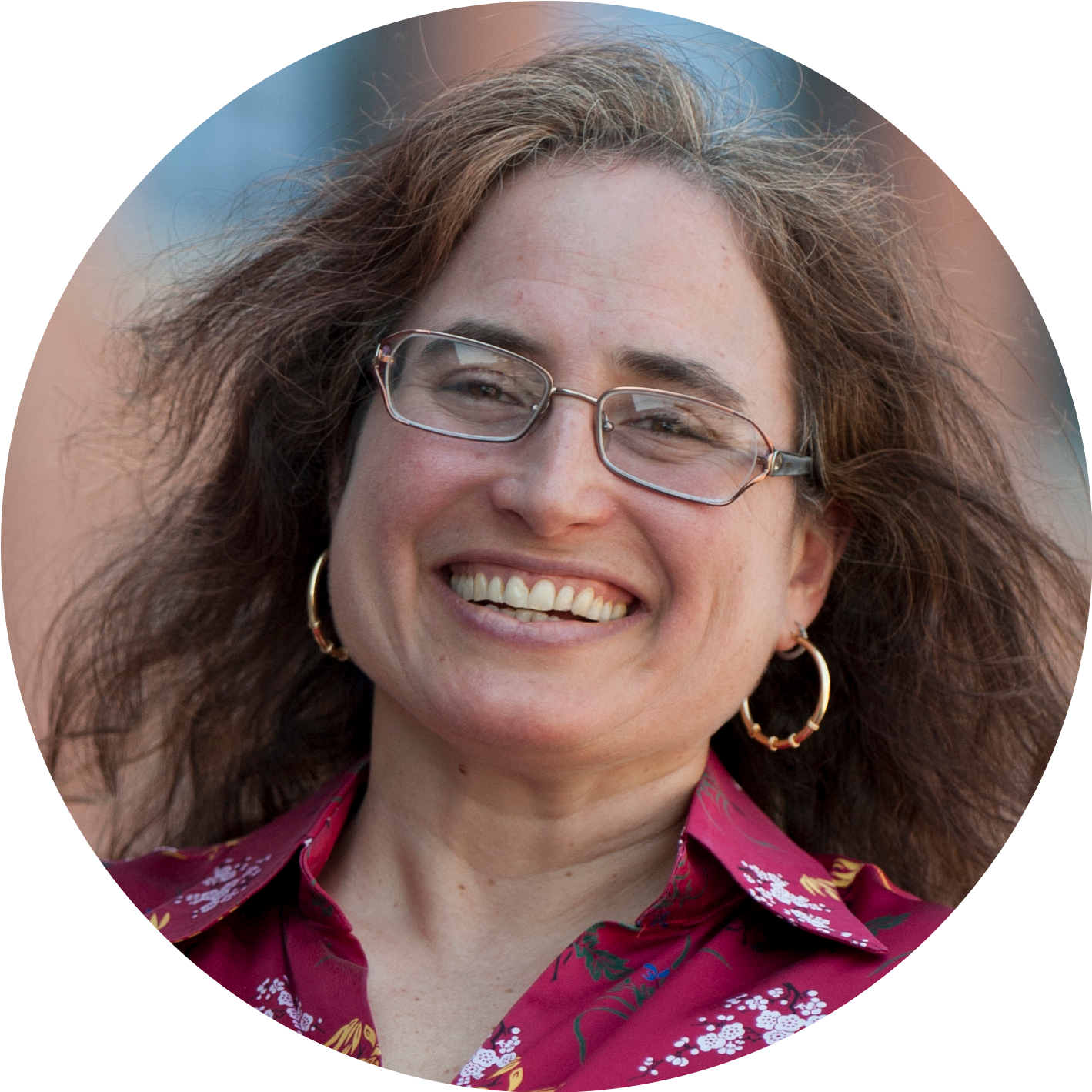 Jessica Andors is the Executive Director of Lawrence CommunityWorks, a nonprofit community development corporation forging a network of residents and stakeholders dedicated to asset-building, mutual support, and collective action to transform and revitalize the city of Lawrence. Jessica was part of a team of community organizers that spearheaded the organization’s rebirth in 1999. Since then, LCW has grown from a staff of one and a deficit, to a $5 million organization with over 5,000 resident and stakeholder members, over $130 million invested in affordable housing, family asset building, and community organizing and development, and numerous awards for its work. Jessica received her Master’s of City Planning degree from MIT, where she was honored for outstanding contributions to the intellectual life of the Department of Urban Studies and Planning. Previously, she worked in the New York and San Francisco nonprofit sectors after graduating summa cum laude from Amherst College. She has served on the boards of the Lawrence Teen Coalition, the Hope Street Youth Center, Team Summit youth program, the MA Association of Community Development Corporations, and the Essex Art Center; was a founding board member of Mill Cities Community Investments (a community development financial institution serving the Merrimack Valley), chaired the statewide MIDAS Collaborative, served on the Lawrence Mayor’s Rental Cost Task Force, and chaired the MassDevelopment Brownfields Advisory Group. She currently serves on the Boards of the Lawrence Partnership (a public-private economic development collaborative), and the Lawrence Alliance for Education (the Receivership Board for the Lawrence Public Schools); she also is an Ambassador for Eastern Bank. Jessica is bilingual in English and Spanish, a Lawrence resident, and the mother of the exuberant, beautiful Elias, who shares his mother’s love of books, food, and playing outside.

Mark serves on the Board of Directors of MassHousing, MassDevelopment, and the Massachusetts Housing Partnership, the state’s housing and economic development finance agencies. He holds a dual Masters in Urban and Environmental Planning and International Business from the Fletcher School of Law & Diplomacy at Tufts University.

Gary Cambell is Chief Executive Officer of Gilbert Campbell Real Estate, a company that owns and manages 2,000 units of rental housing in New Hampshire and Massachusetts.  He is responsible for management operations, as well as developing and acquiring new rental communities for the company, which include market rate and Chapter 40B projects. He is a builder-member of the National Association of Home Builders, and current New England National Area Chair, as well as current Vice Chair of the Housing Finance Committee, past Chair of the NAHB Multifamily Council Board of Trustees, and past President of the Home Builders and Remodelers Association of Massachusetts.

He previously spent 16 years working in television news, with NBC News in New York and London, and as Chief of the CNN Paris Bureau. He also had his own television production company based in London.

He holds a bachelor’s degree from Brown University, an MBA from Harvard Business School, a CPM designation through IREM, a Real Estate Broker’s License as well as a General Contractor’s License from MA.

He is married with three grown children.

James E. Chisholm is Division President of Waypoint, a national sales and marketing agency for the food service industry and related supplies. In that role, Mr. Chisholm leads the organization’s non-food effort with client expansion, customer relationships and acquisitions. Jim is known nationally for his pioneering work in the consolidation and redefining of the foodservice industry. Prior to Waypoint, he founded Benchmark Sales, one of the largest food service brokerage companies in the country, and served as the company’s president. Mr. Chisholm has also held executive positions at Inter-Mark Sales, Morris Alper, and Scott Worldwide Foodservice/Hoffmaster.

In addition to his work at Waypoint, Mr. Chisholm has served as Chairman of the Foodservice Sales and Marketing Association, past president of the Lynnfield Athletic Association, and currently co-chairs Providence College’s Black and White premiere fundraising event. A graduate of Boston College, he also is a member of the Boston College hockey mentoring program. Mr. Chisholm joined the MassDevelopment Board of Directors in November 2015.

Joan C. Corey is a business agent for the Teamsters Local Union No.25 in Boston, a position she has held since 2014. In this role, she manages daily business matters and act as liaison between union members and employers. Before becoming a business agent, she served for two years as a trustee on the Teamsters’ executive board. Ms. Corey previously served as an appraiser and assistant assessor for the City of Woburn and the Town of Westford.

A licensed accredited assessor, real estate appraiser, and real estate salesperson, Ms. Corey also has a bachelor’s degree from Emmanuel College. She joined the MassDevelopment Board of Directors in March 2020.

Mr. Morales has served on various boards, including Nuveen Investments, Boston Medical Center, Big Sisters Association, The Partnership Inc., and Wheelock College. He is the co-founder of The Latino Legacy Fund at the Boston Foundation and the Boston Chapter of the Association of Latino Professionals for America (ALPFA). A native of Puerto Rico, Mr. Morales graduated from the Isenberg School of Management at the University of Massachusetts at Amherst. He joined the MassDevelopment Board of Directors in December 2016. 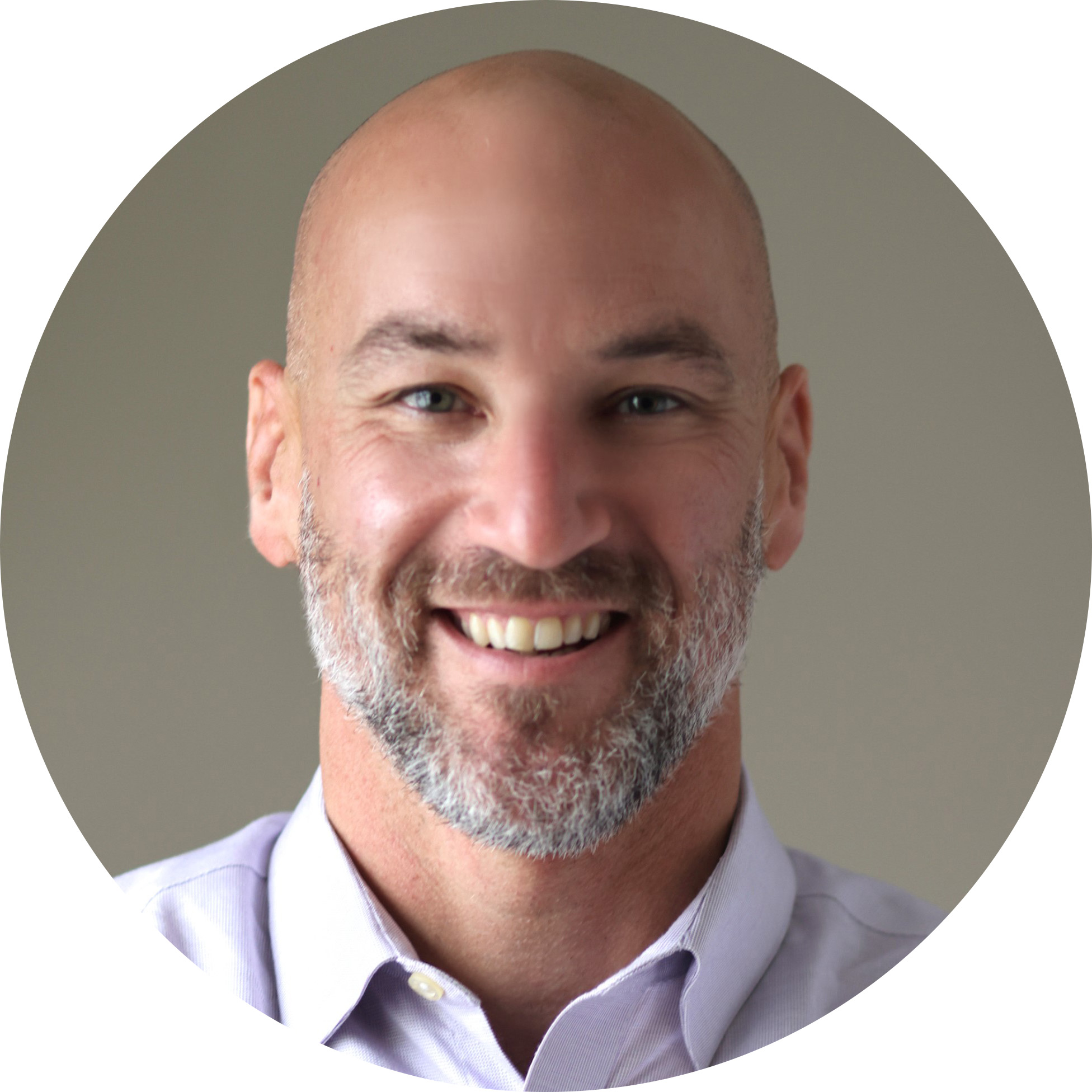 Andrew Salmon joined SALMON Health and Retirement in 2006 as a third-generation member of his family's business. Prior to joining SALMON he worked as an administrator for Genesis Healthcare where he oversaw the day to day operations for some of the organizations largest and most complex joint venture assets in Massachusetts. Upon joining the company he assumed leadership of the SALMON’s Northbridge campus which features 154 licensed nursing home beds, 26 assisted living units, a 40 child early learning center and a 40 person adult day health program as campus executive director. Under his tenure, the campus earned a five star rating from CMS and emerged as one of the states perennial best nursing homes according to US News and World Report.

In 2012 he designed his role in conjunction with the CEO and COO to position SALMON within the central Massachusetts post-acute and ACO market. His current position links SALMON to the business community and implements the organizations continuum based vision of care which now has more than 2,500 customers daily in 58 of the Commonwealths 351 towns & cities. He created and manages the organizations centralized referral center, skilled nursing admissions and continuum transfers while maintaining relationships with ACO’s, hospitals, insurance companies, and politicians. In 2011 he sourced the acquisition of what is now SALMON VNA & Hospice, has driven the organizations nursing home census to 95% compared to 80% within the state, established an exclusive hospice relationship with Reliant Medical Group (now OPTUM), moved SALMON to the top of Reliant’s preferred SNF network and added SALMON VNA as a preferred vendor of Reliant. This relationship grew overall revenues by five percent year over year. He also forged an exclusive nursing home relationship in Worcester with Steward Health. Andrew also lead an effort on a joint partnership between Winn Companies (the 5th largest multifamily management company in the nation) and SALMON to embed adult day health centers within Winn’s low to moderate income housing within Massachusetts. Additionally, Andrew has created proprietary programs between Fallon Health and SALMON to coordinate care between the two organizations. These programs allow SALMON to move referrals through its key hospitals faster and streamlined the case management process.

Andrew is a former trustee and board member of Milford Regional Medical Center, where he and his wife Julie hosted their most profitable black-tie gala in 2017, raising over $660,000. He’s also on the boards of Mass. Assisted Living Association, and is the Board Chairman of Spectrum Health Services a national drug treatment company based in Worcester. He is a corporator of UniBank and Greater Worcester Community Foundation and holds a Bachelor’s Degree in Psychology from Wheaton College. He is a married father of two, martial artist and an endurance athlete, completing six Ironman Triathlons and the 2012 Ironman World Championship and 2008 Ironman 70.3 World Championship.

Kristina Spillane is a Managing Director of Strategic Accounts at Fidelity National Information Services, Inc (FIS), a global information technology and services firm. In this role, Ms. Spillane is an executive responsible for managing key strategic accounts that represent over $100B AUM. Her division is responsible for business strategy, executive relationships, sales execution and general relationship management across all of FIS’ operations. Prior to joining FIS, Ms. Spillane was a Global Enterprise Relationship Manager and Global Relationship Executive for DST Systems, a provider of advisory, technology and operations outsourcing to the financial and healthcare industries, with more than 13,000 employees worldwide.

With more than 25 years in the financial services and technology industries, Ms. Spillane has extensive experience consulting with companies to analyze business needs and develop strategic solutions. Her skills include executing large-scale project management through effective communication, creative problem-solving skills, and attention to detail.

Ms. Spillane is a Corporator of the Worcester Art Museum and was a longstanding past member of the board of trustees of Quinsigamond Community College. Ms. Spillane earned a bachelor’s degree in finance from Boston College, a master’s degree in finance from the University of Connecticut, and a certificate in Global Women’s Leadership from Washington University in St. Louis. 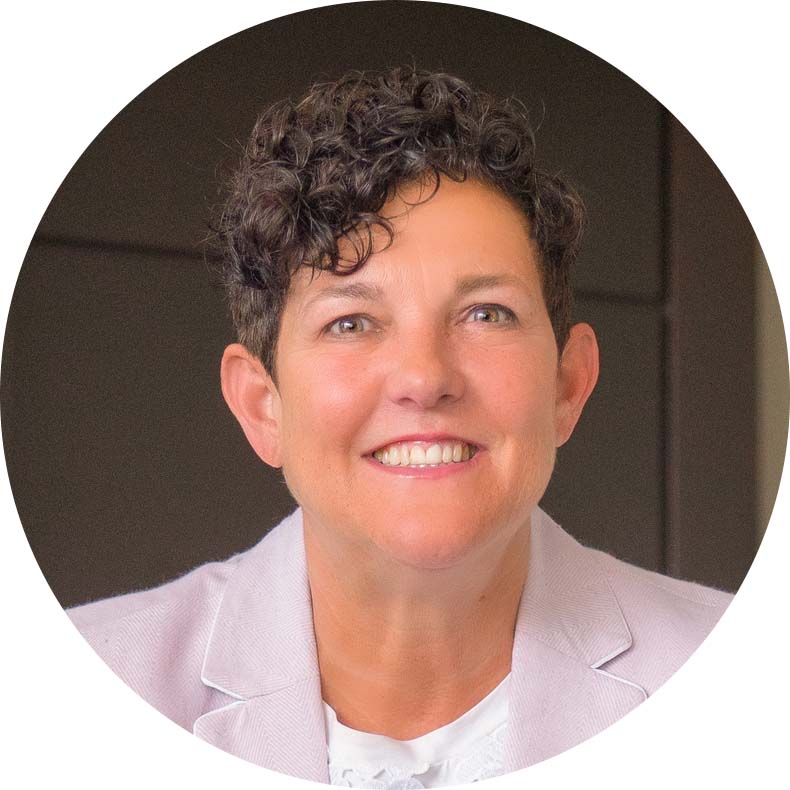 Julieann M. Thurlow is President and Chief Executive Officer at Reading Cooperative Bank — responsible for the bank's strategic direction and management. She also serves as President of the RCB Charitable Foundation.

Julieann is the Vice Chair of the American Bankers Association (ABA). She was Past Chair of the ABA's Core Platforms Council and currently serves as a member of the Government Relations Administrative Committee and Membership Council. She is a founding member of Alloy Labs, a consortium of banks nationally formed to innovate in the banking space and is a Director of Atlantic Community Bankers Bank (ACBB).

Locally, Julieann serves on the MA Fintech Workgroup and is a Board Member of the Lawrence Partnership, the Massachusetts Taxpayer Foundation, and the Greater Lawrence Community Health Center. In 2022, Julieann was appointed to MassDevelopment's Board of Directors by Governor Charlie Baker. She is past Chair of the Cooperative Central Bank and was a member of the Federal Reserve’s CDIAC Council.

American Banker Magazine has repeatedly named Julieann to its list of the Top 25 Women to Watch in Banking. The Commonwealth Institute has named Reading Cooperative Bank a Top 100 Women-Led Business for the past seven years running. 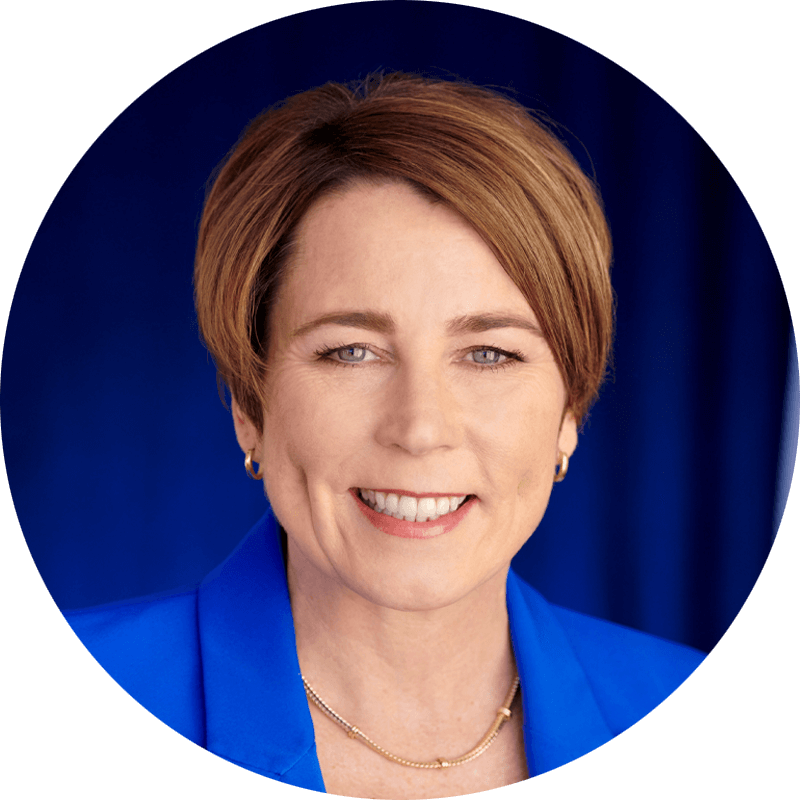 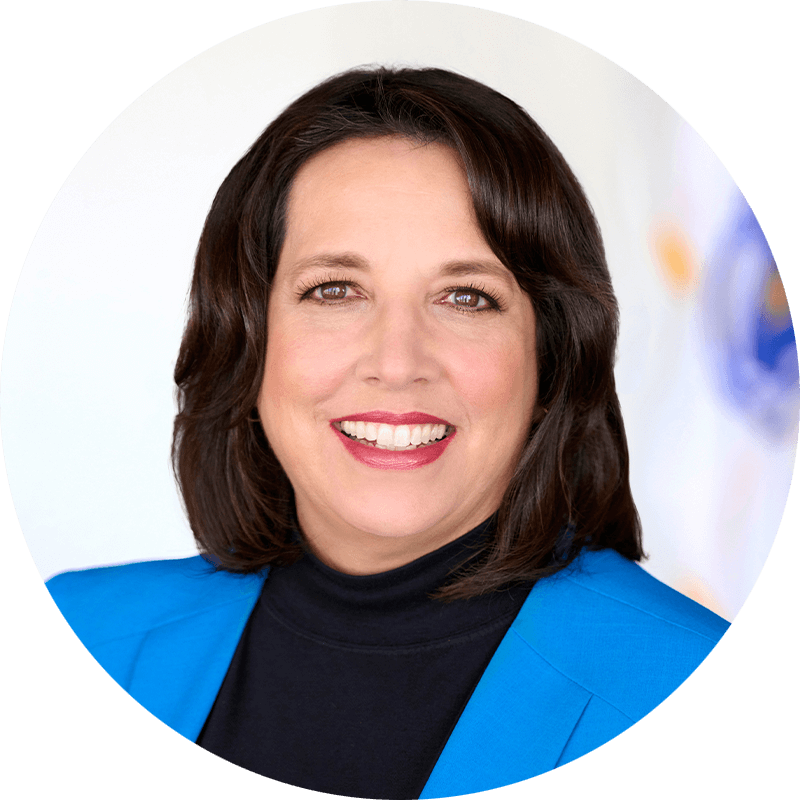